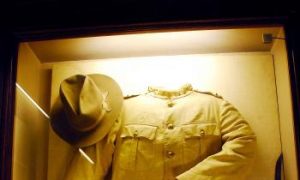 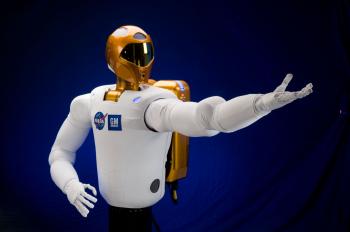 Hands Down, the World’s Most Dexterous Robot

Conan Milner
writer
Conan Milner is a health reporter for the Epoch Times. He graduated from Wayne State University with a Bachelor of Fine Arts and is a member of the American Herbalist Guild.
View profile
Follow
biggersmaller
Print
Artists often say that the hand can be the most difficult part to master when drawing the human figure. A lesser draftsman may sometimes intentionally hide the hands in a pose if their skill isn’t yet up to snuff.

The hand has proven to be difficult to reproduce in the world of robotics as well. While robot technology has improved tremendously over the past decade, engineers have struggled to get the hands right. Often robot hands are shown to have little more grace than a c-clamp.

But a recent collaboration between General Motors (GM) and NASA has just produced a robot with very human-like hands. The creators of Robonaut 2 (better known as R2) say, because of the hands, the new robot is one of the most dexterous specimens ever built.

Engineers at the GM Technical Center just outside Detroit and NASA’s Johnson Space center in Houston designed R2 to work side-by-side with human astronauts at the International Space Station, in addition to future missions.

Hands were an important part of R2’s design because all the equipment aboard the space station was already designed for use by human hands. R2 needed to be able to perform the same tasks using the same tools.

"R2's arms and hands have a jointed skeleton similar to a human, although the thumbs have four degrees of freedom, almost like a human," said Marty Linn, GM principal robotics engineer, in a press release. [youtube]Yadj3asTyc0[/youtube]

R2’s earlier counterpart (R1) was already beyond many previous humanoid robots, sporting slim fingers and thumbs designed to function like human hands. With R2, engineers were able to increase the dexterity of the hands, thereby increasing the tasks it could perform.

Engineers observed how human tendons attach muscle to bone, and designed R2 to have tendons to connect the skeletal joints to sensors and actuators in the palm. This allows R2's control systems to precisely sense the reaction forces and continuously adjust the grip of the hand for whatever task the robot is performing.

Human movement has the ability to adapt to variation—something difficult to produce in the robot world. Traditional industrial robots are designed to precisely place objects or follow a specific path, but they don't handle unexpected objects or items slightly out of position very well.

R2's hands and control systems have capabilities that can adapt to subtle changes. Developers say that R2 shows off this capability when he shakes hands with visitors. No matter what size hand or the firmness of grip R2 is presented with, the robot adjusts appropriately.

R2 will help astronauts with menial tasks so that crew people can focus on more complex affairs. The robot is scheduled for his first space flight in Feb. 2011, where he will help set up projects, wipe down hand rails, and assemble new modules for the station.

Although he was specifically designed to help astronauts, it’s doubtful that R2’s talents will be restricted to space. Developers say the robot’s ability to handle complex texts is sure to come in handy in a manufacturing environment.