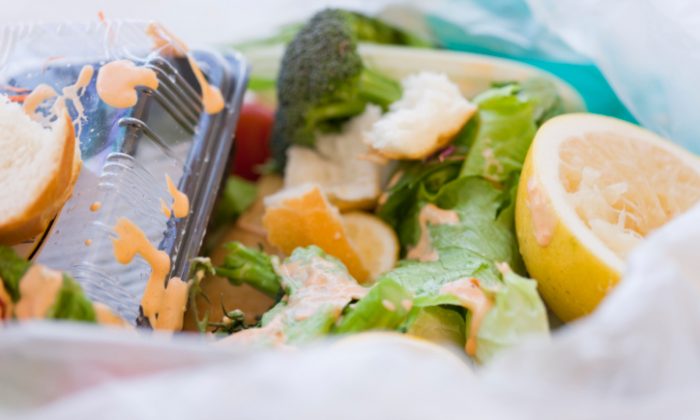 Half of the World’s Food Is Thrown Away

12 ways to reduce your waste
By Joseph Mercola

That old bunch of carrots or pot of soup that sat for too long in your fridge, then ended up in your trash, doesn’t seem like much. But when multiplied over an entire year and expanded globally, the problem of food waste becomes one of epic proportions.

A report about food waste has Britain’s largest supermarkets on the defense. The report suggests that up to half of the world’s food is thrown away, and many supermarkets play a significant role with poor storage, strict sell-by dates, and bulk offers.

The report entitled “Global Food: Waste Not, Want Not,” published in 2013 by the British Institution of Mechanical Engineers (IME), found that more than two billion tons of food is wasted annually.

The study claims that up to 30 percent of perfectly good vegetables are not harvested simply because they aren’t pretty. Thirty to 50 percent of the four billion tons of food produced around the world each year never reaches a human mouth.

In spite of the fact that there is enough food grown in the world to feed every man, woman, and child, 2.3 million children still die of hunger every year. Cutting waste is vital if the world is to meet its food demand as the population grows. Dr. Tim Fox, head of energy and environment at the IME, said:

“The amount of food wasted and lost around the world is staggering. This is food that could be used to feed the world’s growing population – as well as those in hunger today.

The reasons for this situation range from poor engineering and agricultural practices, inadequate transport and storage infrastructure through to supermarkets demanding cosmetically perfect foodstuffs and encouraging consumers to overbuy through buy-one-get-one-free offers.”

Tristram Stuart of Feeding the 5000, a campaign to empower and inspire positive solutions to global food waste, said:

“In my experience, it’s normal practice for farmers to assume that 20 to 40 percent of their fruit and vegetable crops won’t get to market, even if they are perfectly fit for human consumption.”

Spoiler Alert! Too Much Food Going Down the Drain

The US Department of Agriculture (USDA) has provided an illustration of the staggering amount of food wasted each year, putting it in terms of calories: 141 trillion calories end up in a waste dump each year in the US, which amounts to 1,249 calories per person, per day.

If you tally up the total food lost—that which is harvested but never eaten due to spoilage or contamination from mold or pests—the figure for year 2010 is 133 billion pounds of food, or 31 percent of the total food supply. And the costs are not just to your pocketbook—many are hidden or at least less obvious. When the resources to produce food are considered, the true cost of this waste amounts to:

In the US, organic waste is the second highest component of landfills. Organic landfill waste has increased by 50 percent per capita since 1974, as illustrated in this infographic. Landfill waste is also the largest source of methane emissions, which are 23 times more potent as a greenhouse gas than CO2.

According to United Nations Environment Programme (UNEP), in developing nations, food waste, and losses occur mainly at early stages of the food chain and can be traced back to “financial, managerial, and technical constraints in harvesting techniques, as well as storage and cooling facilities.”

Therefore, changes are needed in the very infrastructure of the entire global food system, beginning with how food is farmed, packaged, and distributed.

In medium- and high-income countries, food is wasted and lost mainly at later stages in the supply chain, so the behavior of consumers plays a much more significant role than in the developing world, where people cannot afford to waste their food. UNEP stresses the importance of raising awareness of the food waste problem among industries, retailers, and consumers, as well as, finding new and innovative uses for food that is presently being carelessly discarded.

Cheap food does not motivate consumers to place high value on what they’ve purchased. Americans have a cheaper food supply than most other countries. The average American also wastes 10 times more food than the average consumer in Southeast Asia. Michael Pollan, author of The Omnivore’s Dilemma and a number of other bestsellers, said it best:

“Cheap food is an illusion. There is no such thing as cheap food. The real cost of the food is paid somewhere. And if it isn’t paid at the cash register, it’s charged to the environment or to the public purse in the form of subsidies. And it’s charged to your health.”

One Dozen Ways to Eliminate Your Food Waste

The average consumer wastes 61 percent of the food he or she purchases. You can drastically reduce this with the tools and strategies suggested below. Please also refer to our previous article about proper food storage and how to keep your food items fresher.

Plan meals, use shopping lists, and avoid impulse buys and “buy one, get one free” deals, unless you’re certain you’ll eat it.

Locally produced foods are fresher and keep longer, as well as having a smaller ecological footprint.

Buying the “ugly ducklings” of the produce section makes use of food that might otherwise go to waste.

Freeze fresh produce and leftovers if you won’t have a chance to eat them before they go bad.

One of my all-time favorite tricks, which works for most produce, is to create a “vacuum pack” to help protect food from oxygen and airborne microbes that will accelerate its decay. Leave the produce in the bag it came in from the grocery store, place it against your chest, and use your arm to squeeze the excess air out of the bag. Then seal it with a twist tie. Or use an automatic vacuum sealer like the FoodSaver.

Juicing is an excellent way to use up aging produce while improving your health at the same time. Vegetable juicing also helps with weight management and is a great adjunct to home gardening. You can also compost the pulp.

Restaurants will often provide half-portions upon request at reduced prices.

Only about half of Americans take leftovers home from restaurants and actually eat them. Avoid this kind of waste.

Composting food scraps recycles their nutrients and can reduce their ecological impact. It benefits soil, plants, and the greater environment. Composting is not as difficult as you might think. Read all about composting here.

Start your own vegetable garden! With the square foot gardening technique, even apartment dwellers can learn a simple technique for growing veggies on a small patio.

How to Be Part of the Solution

Food waste has become an enormous problem worldwide, as the latest statistics suggest. You can do a number of things to reduce your own food waste, but the rest of the problem must be dealt with system-wide, with an overhaul of our inefficient, unhealthy and extremely wasteful food system.

Startups such as Food Cowboy, CropMonster, and Feeding the 5000 are finding clever ways to reduce food waste, such as diverting edible food from dumpsters to food banks, and otherwise rerouting extra food to those in need. I would encourage you to support organizations such as these, which serve to raise awareness about a monumental problem that will only become worse under the strain of our rapidly expanding world population.

Dr. Mercola’s mission is to educate and provide simple inexpensive tools to help limit or avoid expensive and potentially dangerous drugs and surgery. A New York Times Best Selling Author, Dr. Mercola was also voted an Ultimate Wellness Game Changer by the Huffington Post, and has been featured in TIME magazine, LA Times, CNN, Fox News, ABC News, and the Today Show. Republished with permission from Mercola.com. Read the original.