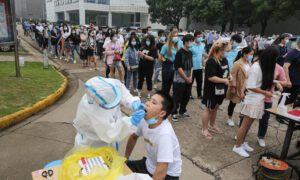 China In Focus (June 2): Results From Wuhan's Mass Testing Are In
0 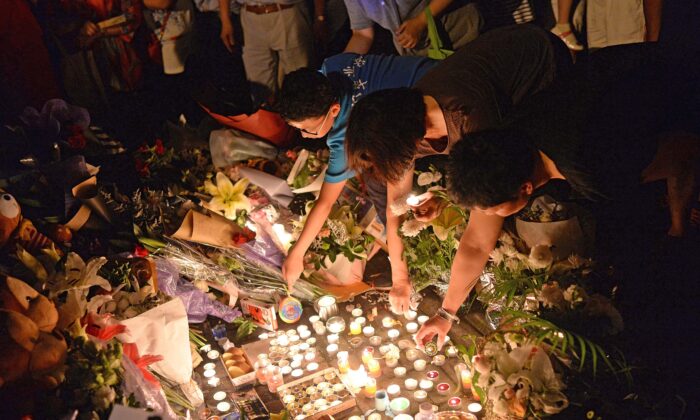 People light candles during a vigil at the site of a knife attack which left two children dead in Shanghai, China, on June 28, 2018. (- /AFP via Getty Images)
China Society

Guard in China Injures 39 in Attack at Elementary School

BEIJING—An elementary school guard in China injured 39 people in a knife attack on Thursday with many children among the victims, a state office and media reported.

Two of the injured were severely hurt in the attack in the southwestern region of Guangxi, the county-level propaganda office said on its social media account. Others sustained light injuries and no one was critically hurt, it said.

The suspect, a 50-year-old man surnamed Li who worked as a guard at the school in the town of Wangfu, attacked at around 8:30 a.m. (0030 GMT), according to the Paper, a Shanghai-government backed newspaper.

Li was under control and the matter was being dealt with, the propaganda office said.

A parent who was near the scene of the attack told the Paper that many of the injured children were about six years old.

China has seen several attacks on schoolchildren in recent years, with eight children killed in a similar attack in Hubei province last year.

Gun ownership is banned in China and knives have come under stricter controls in recent years.