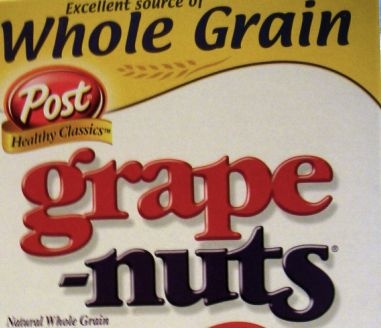 On Jan. 16, Post Foods announced that their Grape-Nuts Original cereal will now be made without genetically modified organisms (GMOs). On the cereal’s Facebook page, fans expressed appreciation for the change.

Grape-Nuts was developed by C.W. Post in 1897. Despite the name, Grape-Nuts contains neither grapes nor nuts, but is made mostly from wheat and malted barley. While the main ingredients have never been genetically engineered, additions such as isolated soy protein most likely have been.

However, consumers have grown increasingly wary of GMO foods. With the likely presence of bio-engineering in Grape Nuts, the cereal’s claim of “100 percent natural” seemed dubious. The company saw consumer trust diminish further when Post Foods contributed $5,150 to stop the campaign to label GMOs in California in 2012.

In a statement to labeling advocate GMO Inside, Post Foods said that Grape Nuts is now verified by the Non-GMO Project and will be on store shelves as of January 2014. The company is considering making some of its other cereals GMO-free as well.

“Now it’s Kellogg’s turn. If Monsanto’s risky genetically modified foods aren’t good enough for Cheerios—or Kellogg’s own Kashi brand and European markets—why should they be in Frosted Flakes or Raisin Bran?” states a recent petition from GMO Inside.