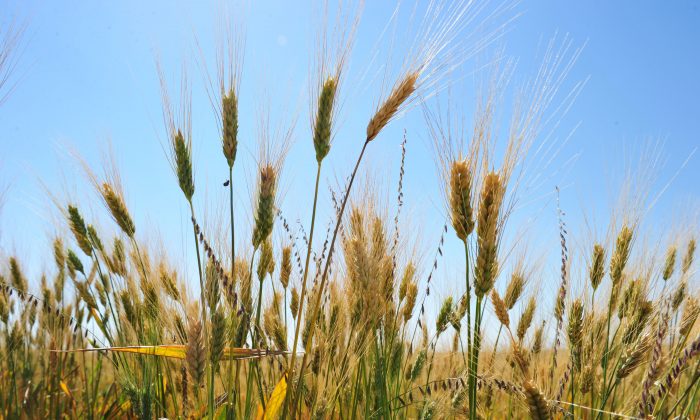 In August, representatives from over 150 farm and food groups met with U.S. Department of Agriculture (USDA) Secretary Tom Vilsack.

According to Michael Sligh—meeting co-organizer and Director of Just Foods, a program of the nonprofit Rural Advancement Foundation International-USA—the goal of the meeting was to present a well-rounded perspective so regulators could understand the real world concerns of crop contamination.

“I think we’re all coming to the realization that this technology is porous and that it is extremely difficult for the technology to stay put in crops like wheat and corn that are wind pollinated and widely planted,” said Sligh.

The threat of genetic contamination weighs heavily on American wheat, half of which is grown for overseas customers who say they will buy their grain elsewhere if America can’t protect the purity of supply. When biotech wheat stalks from an old Monsanto test trial were found this spring sprouting in Oregon (a state where 90 percent of wheat is exported), several countries rejected U.S. imports.

Federal regulators have approved more than 400 field trials of biotech wheat over the last two decades, and groups are calling for a moratorium on test trials until safeguards improve.

“It’s critical that we have systems in place so that multiple markets can have fairness, can thrive, and that’s the heart of our concern. We do feel like there needs to be more oversight, and we also believe that there needs to be more responsibility by the owners of the technology. If my sheep go out of my farm and eat my neighbors corn I’m responsible for that,” said Sligh.

Both sides called the meeting productive, and regulators promised to address the groups’ questions and concerns, but how and if USDA will change policy is not clear.

In an interview with Reuters, USDA noted steps taken in recent years to improve oversight of GMO trials. Test crop inspection visits have increased significantly since 2007, and training to monitor protocol compliance has improved.

USDA Office of Communications Director Matt Paul downplayed safety worries about GMOs. He stated on June 14, “The detection of this wheat variety does not pose a public health or food safety concern. Monsanto worked with the Food and Drug Administration (FDA) in 2004 to complete a voluntary food and feed safety consultation. Completion of the FDA consultation process means this variety is as safe as non-GE wheat currently on the market.”

But groups said that with so many avenues and opportunities for genetic mixing, and a “woefully inadequate” protocol to meet the challenge, regulators still do not give the issue the attention it deserves. In 2012, USDA’s Advisory Committee on Biotechnology (AC21)—a panel charged with examining the long-term impacts of GMOs in U.S. agriculture—was directed to leave the subject of unauthorized crops out of policy discussions and recommendations.

The Oregon incident brings the issue back to the table. In May, the USDA launched an investigation to determine the spread and scope of the Oregon wheat sample—remnants of an experimental GMO strain that was planted in more than 100 field trials in 16 states. Major markets, such as Japan, Korea, and Taiwan, have postponed imports of U.S. white wheat until American wheat fields are deemed GMO-free.

“We have a lot of farmers that would be harmed if indeed this wheat trait got out there in the large marketplace,” said Sligh.