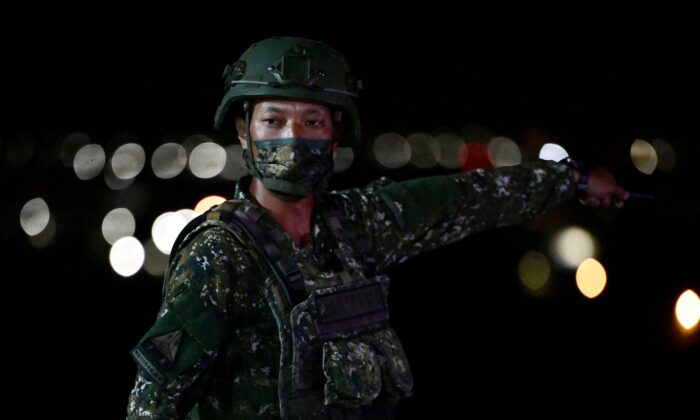 The Inter-Parliamentary Alliance on China (IPAC) aims to issue a communique on Wednesday outlining its objectives to defend human rights, strengthen democracies, and support Taiwan and Ukraine, Nikkei Asia reported.

Sen. Marco Rubio (R-Fla.), IPAC co-chair, said that legislation has been put forward to provide Taiwan with the equipment and training necessary to defend itself against the CCP’s military threat.

“And I say this to you under the full recognition that I believe there is no way that we get to the end of this decade without something happening, one way or the other, with regards to Taiwan,” Rubio said in his speech.

“If, in fact, the Chinese Communist Party is successful in subjecting the people of Taiwan to living under tyranny, it will be a moment that will steer the course of human events for generations,” he added.

China views Taiwan as a renegade province that must be reunited with the mainland. The CCP began its largest military drills near Taiwan in August following U.S. House Speaker Nancy Pelosi’s visit to the island.

Sen. Robert Menendez (D-N.J.) said that regional tensions are “not a choice between the West and China” but rather “about the [kind of world] we want to live in,” according to IPAC on Twitter.

British politician Iain Duncan Smith said that Ukraine will join the coalition. IPAC was formed in June 2020 with members from the United States, Australia, Germany, Japan, Norway, Sweden, and the United Kingdom.

Hsiao Bi-khim, the Taiwanese ambassador to the United States, reportedly hosted 60 international lawmakers in Washington on Tuesday to call on democracies to stand against China’s military pressure on Taiwan.

It’s unclear whether the meeting was the same as the IPAC meeting. Reuters reported that it involved IPAC members who back sanctions on China for aggression toward the self-ruled island.