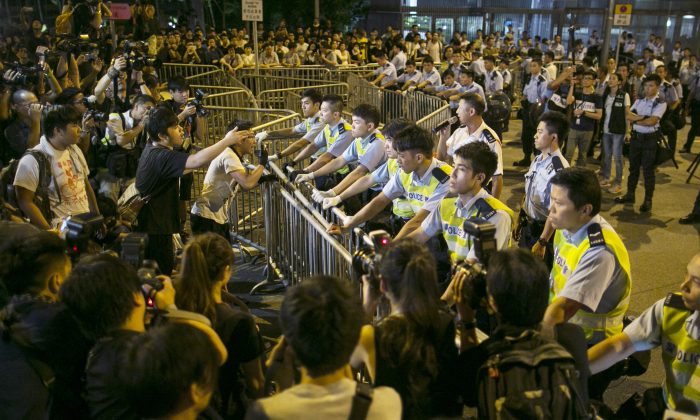 Financial markets will be happy to see September gone, but the factors driving the decline last month aren’t going away. The classic “risk-off” move was in evidence with geopolitical tensions mounting and global growth concerns due to developments in Europe and China. The Hong Kong protests are symbolic of the economic stresses beneath the surface of China’s economy and have been another factor spooking market sentiment.

The dollar index reached its highest level in over four years, but what’s also notable is that the Japanese Yen saw safe-haven flows and didn’t depreciate against the U.S. dollar the way the euro, pound Sterling, and Canadian dollar did.

The strengthening U.S. dollar is being cited by Fed members as possibly dampening the U.S. economic recovery and keeping inflation low.

In an interview with CNBC on Wednesday, Ray Dalio, president of Bridgewater Associates, the world’s largest hedge fund, said he sees about a 4 percent expected return for equities going forward.

“We have a global economy that is relatively weak with deflationary pressures,” Dalio said.

Dalio believes Fed chair Janet Yellen is taking the right approach. In his words, he’d “wait to see for the whites of the eyes of inflation” before raising rates.

The Canadian dollar approached its lowest level in nearly six months also because of dovish comments from three Bank of Canada officials.

The relative uniformity of the messages given by three members of the Bank of Canada’s governing council is in contrast to the differing messages given by the numerous U.S. Fed governors who spoke recently, which can easily be interpreted by financial markets to mean Canadian rates could rise more slowly than U.S. rates.

While eurozone peripheral yields were moving higher earlier in the observation period as capital left the periphery for the safety of Germany, whose yields kept pushing lower, the weak inflation reading of 0.3 percent for September (five-year low) changed that dynamic. Peripheral yields and German yields moved lower on the news, which will surely worry European Central Bank president Mario Draghi.

The euro declined briefly below 1.26—a new two-year low. That much will be good news for Draghi.

With the backdrop worsening, financial markets will get new information with this coming Thursday’s European Central Bank meeting and Friday’s U.S. jobs report. We await further details on the ECB’s asset purchases and what to make of the surprisingly low 142k jobs number from August.

Rahul Vaidyanath is a Chartered Financial Analyst (CFA) with 15 years of capital markets experience. He has worked in the Financial Markets Department at the Bank of Canada as Principal Trader, Foreign Reserves Management. He has also worked as a mortgage bond trader in the U.S. Follow him on Twitter @RV_ETBiz.