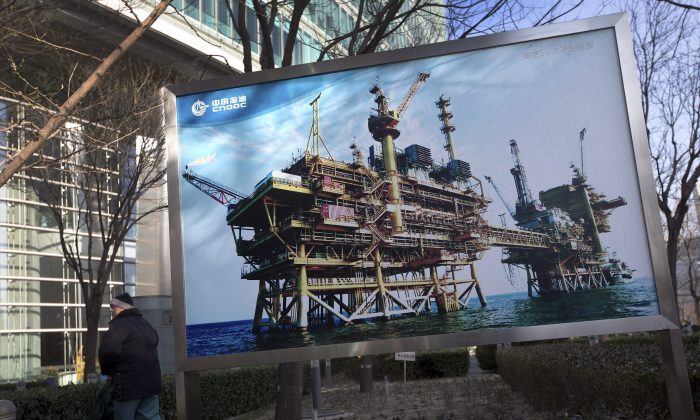 Getting in Bed With a Dragon

Canada’s need to attract foreign capital and China’s desire for strategic investments abroad are playing an elaborate game of cat and mouse.

Business ties between the two are deepening. Canada and China are currently engaged in free-trade talks and Canada proposes to invest $256 million over five years to join the China-led Asian Infrastructure Investment Bank (AIIB). Two years ago, the two countries opened the first North American renminbi trading hub in Toronto.

The Globe and Mail recently reported that as part of China’s free-trade talks with Canada, Beijing seeks “unfettered access for Chinese state-owned firms to all key sectors of the Canadian economy.” But experts say state-owned enterprise (SOE) investment disadvantages Canada from both economic and—coming from China—ethical perspectives.

“When it comes to Chinese investment, the biggest issue is state-owned enterprises,” said Jack Mintz, President’s Fellow of The School of Public Policy at the University of Calgary, in a phone interview.

On March 27, the Liberals reversed a 2015 Harper government ruling that prevented a Chinese takeover of Montreal high-tech firm ITF Technologies due to national security concerns. The newly approved purchase by O-Net Communications gives China an edge in weapons technology.

Foreign investment has historically been a critical component of building Canada, said Bank of Canada Governor Stephen Poloz in a speech at Durham College in Oshawa on March 28. His speech pushed for open economies and noted that foreign investment is needed to fund infrastructure in Canada given the inadequate domestic savings base and relatively small population with its vast geography.

Last fall, the Liberal government created a new federal body, the “Invest in Canada Hub,” to better coordinate efforts to attract foreign capital. The government also raised the threshold for the review of foreign purchases of Canadian companies to $1 billion in 2017—two years sooner than originally planned—and published new rules regarding takeovers with national security concerns.

When it comes to Chinese investment, the biggest issue is state-owned enterprises.
— Jack Mintz, The School of Public Policy, University of Calgary

But when it is SOEs doing the acquiring, given their tax breaks and other subsidies, it creates an uneven playing field, said Mintz.

“There’s an economic argument that we don’t want to just have high valuations for companies simply because somebody’s willing to buy them up because of some state incentive,” Mintz said.

Duanjie Chen, formerly an economist at The School of Public Policy at the University of Calgary, wrote a report in 2013 about China’s SOEs stating that the Chinese government had engineered their phenomenal growth by granting them cheap or free inputs (capital, real estate, etc.), “in order to create globally dominant corporate powers.”

“Placing a lower priority on human rights, the environment, social justice, and corporate rectitude give China and its SOEs an edge that have helped them in their goal of leapfrogging competing world economic powers, including Canada,” Chen wrote.

We have to make sure there are clear benefits to the Canadian economy if we enter into an agreement.
— Jack Mintz, The School of Public Policy, University of Calgary

“Without these explicit and implicit subsidies, China’s SOEs have actually proven to be far less economically competitive than their private-sector rivals,” Chen added.

“I don’t have a problem with private companies coming into Canada and buying assets,” Mintz said, but noted that with SOEs, Canada is not getting the benefits of foreign investment and actually gets negative benefits.

Bumps in the Road

According to a new report by research firm Rhodium Group and global law firm White & Case, China became the second-largest source of foreign investment in 2016, with US$140 billion or 14 percent of the global total.

The report makes the case that Chinese capital is still vastly under-deployed globally. But deploying the capital is starting to meet with resistance.

Outbound deals from China have been slowing so far in 2017. As of March 20, just US$25 billion in deals, which is 70 percent less than the same period in 2016, have been announced, according to a CNBC report citing Dealogic data.

Tighter capital controls in China to stem the decline in the yuan appear to be making Beijing more selective with its outbound foreign investment.

China is also facing increased scrutiny of its investments abroad, although Canada is making strides in the opposite direction. Certain sectors are believed to be more strategic for Chinese capital deployment, such as natural resources and technology—two areas that point Canada’s way.

A complaint commonly levelled against China is a lack of reciprocity. “China has only made limited progress in further levelling the playing field for foreign companies in China, which still face numerous formal investment restrictions as well as alleged informal discrimination,” according to the Rhodium Group and White & Case report.

“This lack of reciprocal openness is fuelling particular frustration in advanced economies, which follow principles of openness and non-discrimination for Chinese and other foreign investors.”

Particularly with sectors of the Chinese economy dominated by SOEs, Chen stated, “And unlike Canada, China jealously guards the sectors in which its SOEs exert absolute or strong control, disallowing any private-sector competitors—domestic or foreign—free entry.”

In attracting foreign investment, Mintz advises Canada to put strong limits on SOEs. “It’s a matter of principle,” he said. “SOEs are compromised by the politics they have to work with. And that includes mixed enterprises,” Mintz said.

Mixed enterprises are partially state-owned. The Rhodium Group, which tracks Chinese investment in the United States, breaks down the ownership of the investment into government-owned versus at least 80 percent privately owned. But U.S. and Canadian intelligence agencies have warned in the past that even non-state-owned firms act in the interests of the Chinese government.

“We have to make sure there are clear benefits to the Canadian economy if we enter into an agreement,” Mintz said.

Canada is an exporting nation and China is the world’s second-largest economy. It seems inevitable that more Chinese capital will find a home in Canada.

“We want all of this to be fair and China is not always fair,” said Paul Frazer, president of PD Frazer Associates, a Washington-based government affairs consultant, in a phone interview.

The Harper government had taken a harder stance on China’s foreign acquisitions, but the Liberals appear to be reversing that stance with an eye on completing a free-trade agreement with China.