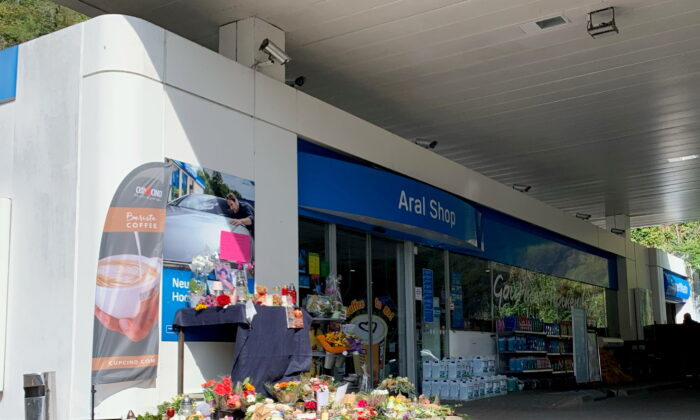 Flowers are placed in front of a gas station in Idar-Oberstein, Germany, on Sept. 21, 2021. (Annkathrin Weiss/Reuters)
World

Germans Shocked by Killing of Cashier After COVID Mask Row

BERLIN—German politicians expressed shock on Tuesday over the killing of a 20-year old petrol station worker after an argument about a face mask and said that coronavirus deniers who are willing to use violence will not be tolerated.

The killing on Saturday evening in the western town of Idar-Oberstein has hit the national headlines as it is one of the only such cases linked to COVID-19 restrictions.

Prosecutors have said that the petrol station cashier had asked a 49-year old man who wanted to buy beer to comply with the rules and put on a mask.

The customer refused and left but returned later wearing a mask which he pulled down when he approached the cashier who again referred to the rules.

“Then the perpetrator pulled a revolver and shot the cashier in the head from the front. The victim fell to the floor and was immediately dead,” prosecutor Kai Fuhrmann told reporters.

The suspect later gave himself up at a police station, saying the coronavirus measures were causing him stress, said Furhmann. He is being detained.