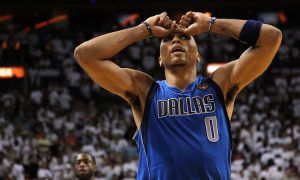 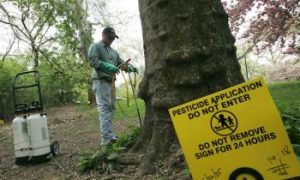 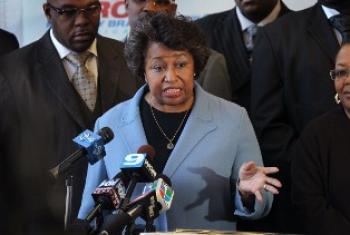 From the Heartland—Terms of Endearment

By Conan Milner
Print
Freeway overpass graffiti demanding “Term Limits for Mayor” has been speaking to me since I moved to Chicago nearly 15 years ago. If ever there was a case for term limits, this city has it in spades.

Richard M. Daley became Chicago’s longest serving mayor last week, besting the once seemingly unbeatable tenure of his father, Richard J. Daley. When his term runs out later this year, Daley-the-younger will have held the Chicago mayoral seat for over 8,000 days, and the city will have been under Daley leadership for over 42 of the last 55 years.

With substantial leads in the last few Chicago mayoral elections, it looked like Daley’s hold on the position had no end in sight—some jokingly predicted the mayor would end up dying in office. However, the six-term Daley announced in September 2010 that he wouldn’t pursue a seventh term.

It’s been a long reign, but even Mayor Daley’s harshest critics have to admit that the man has shown great vision. He has contributed much to making Chicago an attractive and vital tourist destination, and I don’t believe that his efforts to endear our fair city would have been possible for several shorter-termed mayors over the same period.

But despite the improvements, I’ve heard people grumble about the Daley administration for years. For example, many question the mayor’s increasingly favored creative budgetary fix of leasing valuable city assets to private companies.

In December 2008, Chicago sold its parking meter system to then recent federal bailout recipient, Morgan Stanley. With little warning, and no opportunity for public input, street-parking rates quadrupled. As of Jan. 1 rates are now five times the amount they were just two years ago. Tickets increased, and residents were furious.

The deal, 75 years of meter control for $1.15 billion, was rushed through city council before members had time to blink. A three part investigative report into the deal by the Chicago Reader found that the city significantly undersold the valuable revenue-generating meter system—actual worth estimates range between $2 billion and $5 billion—to grab quick cash to balance the budget.

Daley administration decisions have inspired lots of complaints over his more than two-decade reign. But when it came time for re-election, the long-time mayor always grabbed the win.

So where were all the Windy City's grumblers on voting day? In 2003 voter turnout for the Chicago mayoral election was just over 33 percent, and the following election had even fewer.

In an effort to gain support for his own Chicago mayoral candidacy, Wilfredo De Jesus last month began calling for term limits for the office he’s running for. “What the city of Chicago doesn’t need is another four- and five-term mayor whose power leaves people alienated, empowers power brokers, and creates an environment of corruption and patronage,” he said in a statement to the local CBS affiliate.

Considering the thorough and largely unchecked power Daley has held over the past two decades, many will support De Jesus’s idea, but I still don’t think it’s a good one.

Term limits are unnecessary in a working democracy where the voting public has an agreement with elected officials: we’ll keep you in power only if you do a good job for us. It’s already a worthy system, unless of course the public fails to uphold their end of the contract.

It seems to me that term limits are merely a required stopgap for an enormously apathetic electorate and will only contribute to greater apathy. Why bother voting at all when the automatic revolving door of term limits will dependably serve up a fresh face every few years?

Yes, power often corrupts, but that doesn’t mean I want a system that conveniently removes the hassle or responsibility a real democratic process requires. Besides, experience can also make for a better candidate. I was proud to elect my congresswoman to her sixth term in November. She earned it.

When most of a population shirks their civic duty, an otherwise undesirable incumbent can manage to hold his or her position for several terms as long as he or she makes enough concessions to the handful of individuals who do actually vote. If the citizen majority refuses to participate, I feel they end up getting the government they deserve