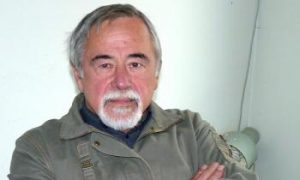 Global Q&A: 'What past wrongs has your country done that need to be reconciled?'
0
Share Now
TelegramFacebookTweetEmailTellMeWeReddit
Copy Link
Opinion

From The Heartland: Time Out

I’m finally adjusting to the time change. It always seems to take me at least a week—though the clock says one thing, my body and mind literally get stuck in the past, or is it the future? The moment that I have come to know as 5 o’clock is now 4 o’clock. How strange.

I always feel the presence of the clock most acutely when daylight saving time (DST) and its standard counterpart trade places, and since the dates for the time change have moved in recent years it only adds to my confusion. But is it worth the hassle?

While many countries began implementing DST at the end of World War I (WW I), the concept was proposed much earlier by Benjamin Franklin in a satirical essay titled “An Economical Project.” In addition to being a late riser, Franklin also confessed to “love economy exceedingly.” He argued that Paris could save a bundle on candles if the city would change its operating hours to make the most of daylight. He went as far as suggesting a rationing of candles, a window shudder tax, and even the firing of canons to wake those who fail to comply.

Franklin confessed that his 1784 reformation to “oblige a man to rise at four in the morning” would take some getting used to, but he offered calculations for an impressive savings in candles to justify it.

DST has claimed a host of benefits over the years, but saving energy has always been at the heart of observing it. Germany was the first to adopt the time change in an effort to save coal during WW I, and increases were made to DST in the United States in an attempt to grapple with the energy crisis of the 1970s. More recently with the Energy Policy Act of 2005, the start and end dates of the time change were amended, extending DST for four weeks in an effort to save even more energy.

Supporters for the proposal (which included lobbying efforts from the retail and sports industries due to the consistent benefit they gain from DST) predicted that the amendment would save 100,000 barrels of oil for each day of the DST extension, according to the congressional record.

However, a study from the National Bureau of Economic Research (NBER) revealed very different results.

NBER focused its attention on residential energy consumption, specifically in Indiana. Indiana is unique in that a majority of the counties in the “Crossroads of America” had refused to have any part of DST until 2006 when the whole Hoosier state finally adopted the national time change.

The study examined the monthly billing data of Indiana residents for the years just before and after the mandatory statewide time change took affect. They found that the DST extension actually causes an overall increase in energy consumption.

While energy for lighting, as proposed by Franklin, did decrease, there was also a significant increase in heating and cooling costs which outweighed the savings. The study estimates that the energy loss may even be larger in other regions of the country.

Then why mess with the clocks? In a poll released last week by Rassmussen Reports, nearly half of Americans believe the time change isn’t “worth the hassle,” while 15 percent aren’t sure.

The NEBR report states that “despite the conservation rationale for DST’s current and historical practice, surprisingly little research has been conducted to determine whether DST actually saves energy. Even among the few studies that do exist …the evidence is inconclusive.”