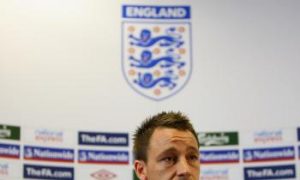 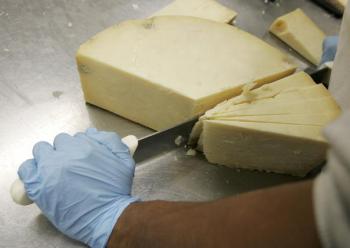 From the Heartland: The Cheese Stands Alone

Conan Milner
writer
biggersmaller
Print
CHICAGO—For 10 years I was a vegan: no meat, no dairy. When once-forbidden foods became part of my diet again, nothing was more welcome than cheese.

The taste, the texture, the complexity of flavor—cheese was even better than I remembered. Gouda, Monterey Jack, soft goat, and crumbled bleu soon became favorites, but I was also game for sampling more exotic varieties. A new world of fermented dairy foods had opened to me.

Outside of the lactose intolerant, few can deny the power of cheese. That’s why it was strange to hear that a cheese maker in the Ozarks is being forced to destroy half a year’s worth of its high quality product.

Missouri Attorney General Chris Koster recently sought an injunction against the state’s Morningland Dairy. Koster wants the Howell County Circuit Court to require that the family farm comply with the U.S. Food and Drug Administration (FDA) demand to destroy cheese products that were produced at the facility from Jan. 1 to Aug. 26, 2010. That's 50,000 pounds of cheese, a total value of about $250,000.

An Oct. 13 letter from the FDA to Morningland claims that their cheese “posed an acute, life-threatening hazard to health.” Yet, according to Morningland, no legitimate tests have been performed on the cheese in question. Meanwhile, officials have forbid Morningland from making or shipping any product until said cheese is destroyed.

Morningland owners Joe and Denise Dixon counter that they have never received a single complaint or report of illness from their product in the farm’s 30-year history.

In a 10-page rebuttal to FDA accusations, they state: “Due to the lack of scientific evidence, lack of transparent protocol and complete lack of any illness associated with our cheese, and the absurdity of the assertion that ALL, nearly all, or even some of Morningland Dairy cheese is actually dangerous, we—again—offer to test each batch of cheese in our cooler prior to shipping the product to our customers.”

So what’s the issue? Pasteurization. Morningland’s cheese is made from raw milk. Supporters of the dairy say the attack on Morningland is part of the FDA’s recent crackdown on raw-milk products across the country.

To many health-conscious consumers and discriminating foodies, raw-milk cheese, like that made at Morningland, is a prized product. Raw-cheese enthusiasts believe that a ferment made from unpasteurized dairy (such as the Camembert and Roquefort made in rural France, or Italy’s world-renowned Parmigiano-Reggiano) tastes better and is even healthier than its pasteurized counterparts.

Unpasteurized dairy is a controversial issue in the United States, with laws governing the sale of raw-milk products varying from state to state. While many argue that pasteurization helps protect the public from illness by sterilizing the milk, raw-dairy advocates believe that the process instead kills bacteria that are beneficial to digestion and overall health.

The FDA first had its sights set on Morningland after its product was confiscated in a bust on a Venice, California, organic grocery in June. With guns drawn, state, federal, and local authorities raided Rawesome Foods’ stock of raw dairy products, as well as other contraband food items, such as organic honey and cane syrup.

Fifty-five days after the raid, California authorities reported that a sample of the confiscated Morningland cheese tested positive for dangerous bacteria. The Dixons claim the test was not legitimate, as no sample of the allegedly contaminated product was ever shared with Morningland as required by Missouri and California statutes.

The Dixons have requested that their product be retested, yet officials have so far refused. Although authorities conducted a thorough test of the Morningland facility and found no problems, they still insist that the farm destroy its cheese.

Action must certainly be taken if contamination is found in food, but to destroy a family business and 50,000 pounds of a nutritious product without just cause is unconscionable.

Supporters of Morningland say that the FDA action tramples on our food freedom, while authorities argue that their intention is merely to protect public health. The FDA could better prove its point by avoiding future gunpoint grocery raids, and granting the Dixons a fair retest.