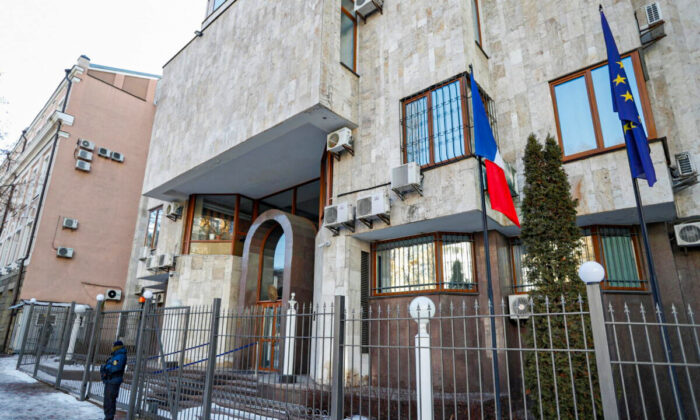 France to Move Its Embassy in Ukraine to Lviv, Says Foreign Minister

France will move its embassy in Ukraine to the western city of Lviv from the capital Kyiv, Foreign Minister Jean-Yves Le Drian said on Monday, the last Western country to move its diplomatic mission as conditions worsen on the ground in Russia’s invasion.

Reacting for the first time after Russian President Vladimir Putin put Russia’s nuclear deterrent on high alert, Le Drian said the move made no sense and that the Russian leader had lost the communications battle since launching operations in Ukraine last Thursday.

He said Russian oligarchs should be worried about the future of their assets in France and Europe and that the European Union would ban Russian media outlets such as Sputnik and RT in the coming hours describing them as “war propaganda.”

The minister added that a draft resolution put forward at the United Nations Security Council later on Monday would call for an immediate ceasefire.