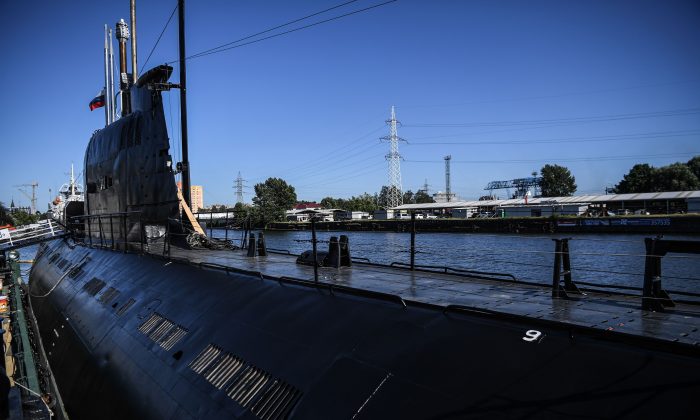 A retired B-413 Soviet submarine docked next to the naval museum in Kaliningrad, Russia on June 20, 2018. (Ozan Kose/AFP/File Photo via Getty Images)
By Reuters

MOSCOW—Fourteen crew on board a Russian defense ministry submersible were killed after a fire broke out, the ministry was quoted as saying by Russian news agencies.

The deep-sea research vessel was carrying out a military survey in Russian territorial waters, it was quoted as saying.

The incident took place on Monday, July 1, and the fire has been extinguished.

The submersible is now at the Russian Northern Fleet’s base in Severomorsk on the Barents Sea, and an investigation has been launched to establish the cause, Interfax, RIA, and TASS quoted the ministry as saying.

The incident occurred on the Losharik, an AS-12 deep-sea nuclear submarine, an unnamed source in the security forces told Russian news station RBC.

#Breaking: The fire happened on the AS-12 nuclear submarine, a security services source told RBC https://t.co/5zUfBYcYSP

“This is the largest accident to take place on a Defense Ministry submarine since 2008, when a freon gas leak on the nuclear-powered submarine Nerpa killed 20 and injured 21,” The Moscow Times reported.

In August 2000, the Russian nuclear-powered submarine Kursk sank to the floor of Barents Sea after two explosions in its bow, killing all 118 men aboard.