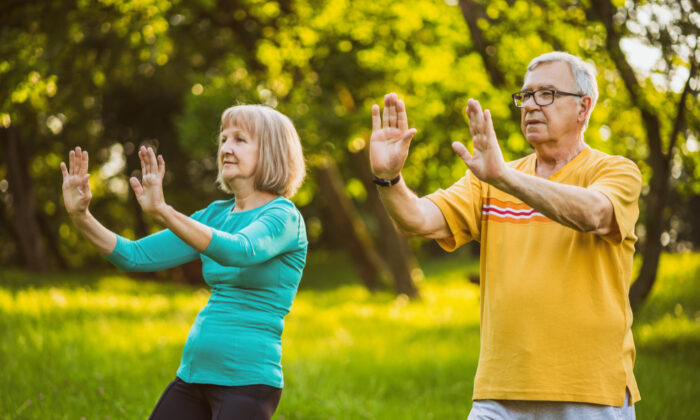 Four Ways to Slash Your Risk of A Stroke

Australian experts say there are four things that everyone needs to know to prevent strokes, aside from not smoking, exercising regularly, and eating well.

More than 445,000 Australians live with the effects of stroke, and almost a quarter of victims were younger than 54, with strokes able to strike people at any age and even newborns, according to Stroke Foundation Australia.

Leading stroke researcher, who co-led the development of the world’s first living stroke guidelines, Prof. Coralie English, says that managing your blood pressure can prevent strokes a good chunk of the time.

“High blood pressure is the key risk factor for stroke, but many people don’t know they have it because there are no symptoms, it’s asymptomatic,” English said.

“The only way you can know if you have high blood pressure is to ask your general practitioner or pharmacist to check it for you, or you can also access a free health check at more than 300 digital health check stations around Australia.”

The Elixir of Exercise

Exercise is also a major factor in preventing strokes and mending the body after an episode, particularly for reducing extra weight and restoring muscle strength, coordination, sensation and balance.

A new study published on April 7 in the journal Stroke found that sitting tai chi provides stroke survivors with recovery benefits similar to those achieved with standard rehabilitation.

Researchers examined 160 adults who had suffered their first stroke within the past six months. Half of the participants were assigned to the sitting tai chi program and another half to a standard stroke rehabilitation exercise program that included recommended upper limb movements (the “control” group).

After three months, patients in the tai chi group had equal or greater improvement in hand and arm strength, shoulder range of motion, balance control, symptoms of depression and activities of daily living than those in the control group.

Another method of stroke healing comes in the form of music therapy to train stroke survivors to engage rhythmically to build stronger connections between brain regions.

These methods include singing, listening to music or teaching people to play musical instruments, such as the keyboard or drums.

The Aphasia Choir of Vermont, for instance, is one of a handful of choirs springing up around the world, giving stroke survivors and people living with dementia or other brain injuries a chance to tap into one of the few means of communication left to them.

Julie Stillman was 55 years old when a blood vessel in her brain suddenly burst. The hemorrhagic stroke left her unable to compose a simple sentence.

After joining the Aphasia Choir, she is regaining her voice and resuming her old hobbies, such as boating.

“To hear that clarity and volume, it’s like magic,” Stillman’s husband, Jeff Nagle, said. “It’s amazing to see this happen.”

Drinking alcohol can also impact your recovery, worsen symptoms, such as fatigue, and increase your risk of having another stroke.

“While there is some research to suggest that alcohol may offset some of the risks for cardiovascular disease, it is becoming increasingly clear that alcohol definitely increases your risk of secondary stroke,” English said.

“The risks still outweigh the benefits.”

An easy diagnostic test called F.A.S.T., is an acronym to help people recognise the signs of a stroke by asking these questions within the golden hour—the first hour after a stroke: Face drooping? Arm weakness? Speech difficulty? and Time to call an ambulance.

Stroke Foundation’s annual survey found that 40 percent of Australians do not recognise any of the signs of stroke and therefore may not call for an ambulance quickly enough to get medical care.

“Our goal is to ensure that at least one person in every household and workplace in Australia can recognise the signs of stroke and knows that time is critical, calling triple zero is the very first thing you must do,” chief executive officer Sharon McGowan said.

Over 27,400 Australians experienced a stroke for the first time in 2020—that equates to roughly one person every 19 minutes having their first stroke.

English and her team shared the tips in light of National Stroke Week (Aug. 8 to 14) and the launch of their new online program to support people on their path to living well after a stroke.

Designed by stroke victims, it aims to improve access to support for everyone but especially those living in regional and rural areas—where people are 17 percent more likely to experience a stroke and generally have less access to health services.