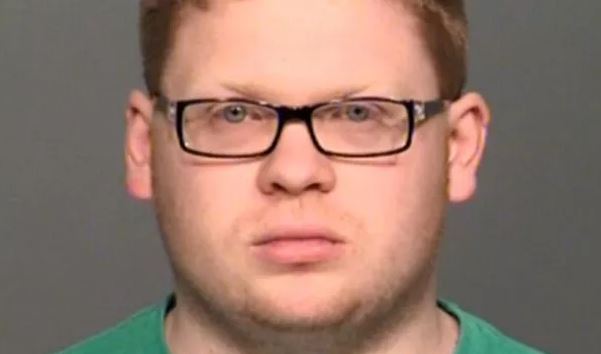 A foster father in Indiana has been charged after he apparently admitted under questioning that he left a 2-month-old baby in his care with 35 broken bones.

Doctors at the Riley Hospital for Children in Indianapolis were shocked when x-rays revealed the extent of the injuries.

Investigators said that Kyle Rice eventually admitted that he caused the injuries.

”It’s certainly very tragic. Children 5 and under are at the greatest risk of child abuse and neglect,” Sharon Pierce, who runs the Villages of Indiana, a nonprofit that provides child and family services, told WB-TV.

“I think for those of us who work in the child welfare system, what can we learn to prevent this from ever happening again.”

Court documents state that Rice said he tried to calm the baby down, but she continued to cry.

“He tried to give her a bottle, but she was spitting it out. He then changed her diaper and she pooped while he was changing it. He held her, but she continued to cry and wouldn’t calm down.”

That’s when he began bending her legs and squeezing her hands and feet to the point that bones became broken.

Rice’s wife said she didn’t know about the mistreatment as she works full-time while her husband stays at home with the foster children and three children that they’ve adopted over the years.

Rice’s mother sparked the investigation after she noticed a suspicious mark on the baby’s leg, and alerted Rice’s wife.

Rice’s wife then rushed the baby to a doctor, reported WISH-TV.

The trial for child neglect and battery charges is scheduled for April.