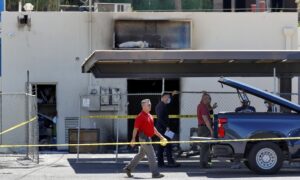 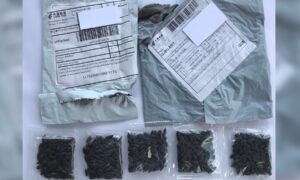 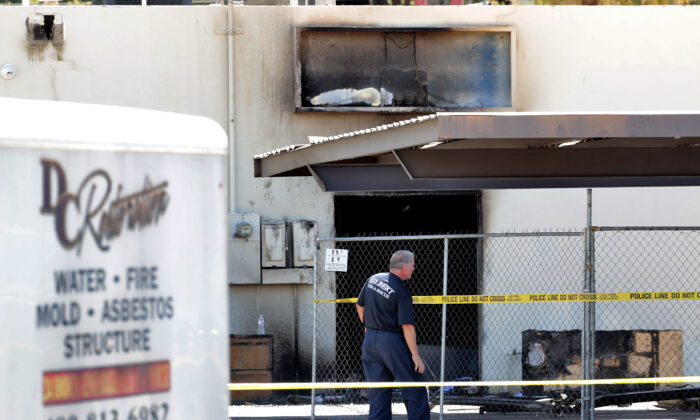 A former volunteer was arrested on Wednesday in the arson of the Arizona Democratic Party headquarters.

Matthew Egler, 29, was taken into custody at a relative’s home in Peoria, the Phoenix Police Department said. Egler was arrested and booked on one count of arson.

The fire, which was started after midnight on July 24, caused substantial damage to the party headquarters.

Surveillance video showed a man arriving alone in a car before breaking glass to get into the building, lighting a fire inside, and driving off.

Police officers and fire investigators were able to link the vehicle from the video to a family member of Egler; the car was found abandoned in Chandler.

A selfie video was posted by a man who appears to be Egler on Sunday. “It isn’t very sad that that building was bombed. The reason it’s not very sad is because, again, I got robbed by that guy,” he said.

Egler also claimed to be married to Ivanka Trump, President Donald Trump’s daughter. She is married to businessman Jared Kushner.

And he wrote on Tuesday: “I TOLD YOU I BOMBED THE AZ DEM HEADQUARTERS.”

Police officials said Egler was a former volunteer at the Democratic office “but had recently been banned from continued volunteer service.”

It wasn’t clear if Egler had retained a lawyer.

After the fire, the party called for donations. Rotellini and Slugocki thanked people for the donations in the new statement, saying they’re working on finding a new headquarters.