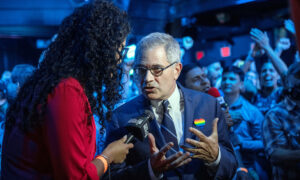 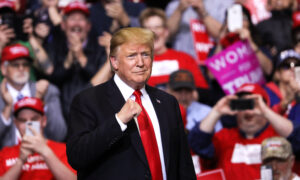 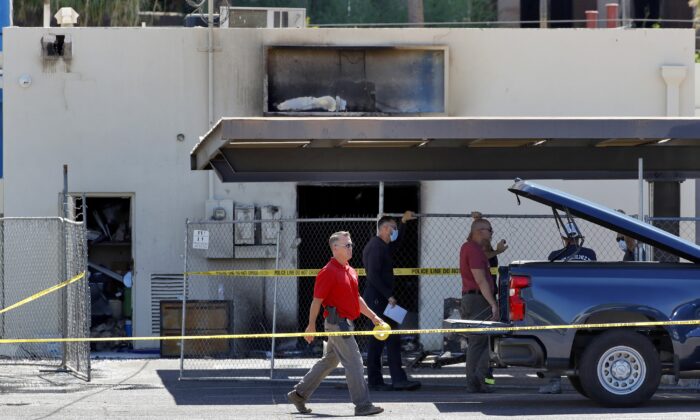 The fire that consumed the Arizona Democratic Party headquarters in Phoenix was a case of arson, authorities said.

Phoenix Fire Department Capt. Rob McDade concurred. After investigators collected evidence, “they determined this was indeed a human-caused fire,” he said at a press conference, according to the Associated Press.

The fire broke out around 1 a.m. on Friday at a building that also houses the Maricopa County Democratic Party headquarters.

Maricopa County Democratic Party Chairman Steve Slugocki said in a statement: “We are all still in a state of shock. Knowing that this fire was set deliberately is disturbing news, but I am relieved no one was injured.”

The Arizona Democratic Party said it was cooperating with authorities on the investigation into the fire.

“The fire is devastating but we refuse to let this be a distraction. We feel more empowered than ever to turn Arizona blue,” Chairwoman Felecia Rotellini said in a statement.

“Our eyes remain on the prize of electing Democrats who will put Arizonans first. Thank you to all who have sent their love and support and have reached out to help,” she added.

Video footage from the interior of the building showed heavy damage. Democrats described the building as “completely ruined.” The party asked for donations to help rebuild.

“Violence of any kind is unacceptable. Any person committing an act of violence, especially politically motivated violence, against any individual, party, or group in Arizona must be held accountable and prosecuted to the maximum extent of our laws,” she said in a statement.

Authorities urged anyone with information to call the Phoenix Police Department.