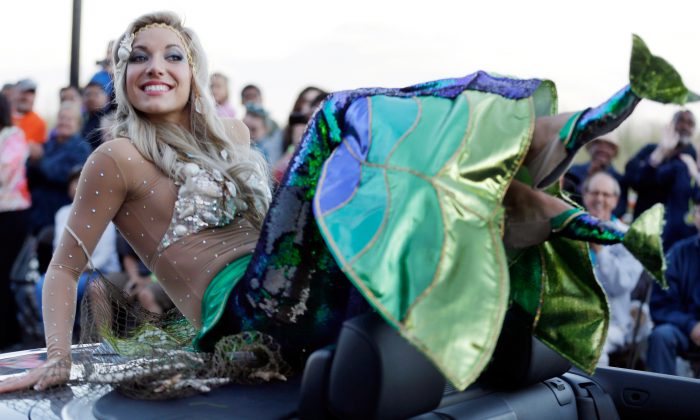 In this Sept. 14, 2013 file photo Miss New Jersey Cara McCollum displays her shoes during the Miss America Shoe Parade at the Atlantic City, N.J. boardwalk. McCollum was critically injured when her convertible spun off a highway and hit a tree, state police said Tuesday. (AP Photo/Julio Cortez, File)
US

Cara McCollum, Miss New Jersey 2013, is in critical condition in hospital after crashing her car into a tree on Monday.

McCollum, 24, lost control of her vehicle while traveling on Route 55, police said, and the vehicle rammed into a tree head-on at mile marker 38.4.

Her car rotated clockwise and hit two other trees on the side of the road before coming to rest at the bottom of the embankment, police told The Press of Atlantic City.

McCollum was wearing her seat belt and the driver side airbags deployed.

Speed and wet roads were factors in the accident.

Police told the Associated Press that alcohol or drugs were not believed to be a factor.

McCollum, currently an anchor on SNJ Today, was rushed to Cooper Health Systems.

“Cara is a beloved member of our SNJ Today family,” the show said via Facebook. “She and her family are in our thoughts and prayers.”