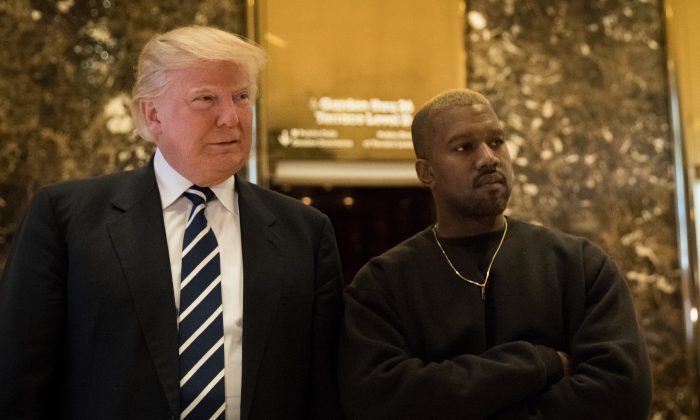 Former Arkansas Gov. Mike Huckabee, a vocal Donald Trump surrogate and former presidential candidate, claimed that the president-elect met with Kanye West at the Trump Tower to form a sort of celebrity smokescreen against criticism for his pick of Exxon Mobil CEO Rex Tillerson for his secretary of state.

As Trump named Tillerson to the coveted position, he met with West and provided the press with ample photo opportunities amid speculation as to why the controversial rapper met with him.

“Let’s face it, any pick Donald Trump makes for his Cabinet will set the liberal media hounds barking,” Huckabee, a Republican, wrote in a fundraising email. “But naming the CEO of Exxon as secretary of State is tossing a beef steak into a pound of pit bulls,” he noted. “The left’s howls of outrage over Rex Tillerson would have been the news of the day if Trump, a master media manipulator, hadn’t used their own tactics to outfox them.”

Trump also met with NFL legends Ray Lewis and Jim Brown. For his part, Brown said: “We couldn’t have had a better meeting” and Lewis added: “We talked about what entrepreneurship really looks like from the individuals themselves.”

Huckabee added that West, Brown, and Lewis “can expect to get a lot of hate on the Internet from people who’ve never actually met or spoken with Trump, but who’ve only heard from political enemies that he’s a hateful racist. I suspect that false image is already starting to fade because Trump seems intent on keeping his promises to the African-American community.”

This week, amid Trump’s choice of secretary of state, the headlines from media outlets blared about his ties with Russia, and some members of Congress took issue with the choice.

“I expect the US-Russian relationship to be front and center in his confirmation process,” said Sen. Lindsey Graham, R-S.C., USA Today reported.

New York Sen. Charles Schumer, a Democrat, promised that Tillerson “will be questioned thoroughly should he be the nominee and all of these allegations and talks about his closeness with Putin will come forward.”