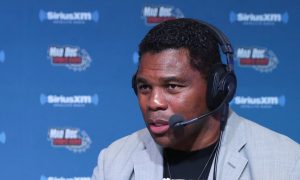 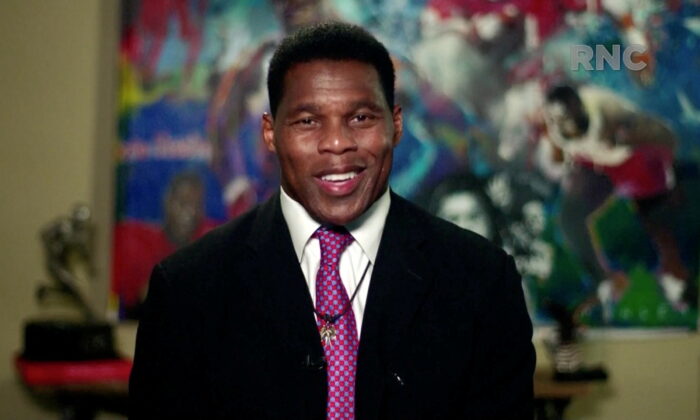 WASHINGTON—Retired football star Herschel Walker, an ally of former President Donald Trump, filed paperwork on Tuesday to run for Senate in Georgia, as Republicans try to win back one of the two seats they lost in January runoff elections.

Walker filed the documentation with the Federal Election Commission to seek the Republican nomination to challenge Democratic Senator Raphael Warnock in the November 2022 election.

The Atlanta Journal-Constitution reported that a formal announcement of his candidacy was expected within days.

Walker, 59, was a football star at the University of Georgia, winning the 1982 Heisman Trophy as the nation’s most outstanding collegiate player, before playing professional football for the New Jersey Generals of the now-defunct USFL—a team that was owned by Trump—and later in the National Football League.

He did not immediately respond to a request for comment.

Democrats hold narrow majorities in the Senate and the House of Representatives, and losing control of either next year would be a blow to Biden.

In March of this year, Walker appeared by video link at an event in which Kristi Noem, the Republican governor of South Dakota, advocated for barring transgender athletes from participating in female sports.