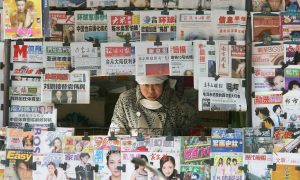 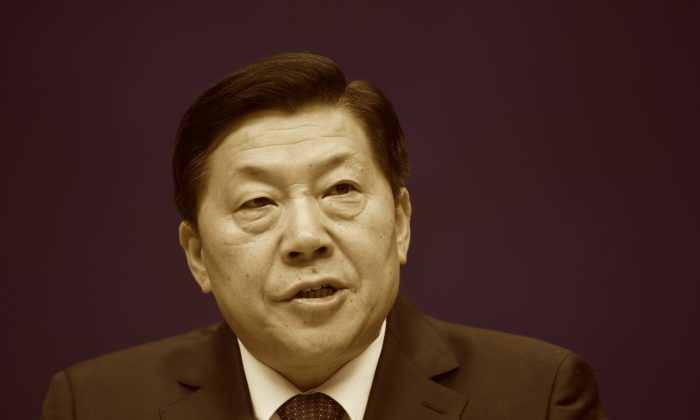 Lu, one of numerous senior officials caught up in Chinese leader Xi Jinping’s sweeping anti-graft campaign, had already been expelled from the ruling Communist Party, which tightly controls the courts.

At the height of his influence, Lu, a colorful and often brash official by Chinese standards, was seen as emblematic of pervasive internet controls, although his downfall has not brought a reversal of those policies.

The court, in the eastern city of Ningbo, said in a statement that Lu had accepted the verdict and would not appeal.

Lu, 59, pleaded guilty in October after prosecutors had accused him of abusing his power in various government posts over 15 years, including as the head of the Cyberspace Administration of China (CAC).

Between 2002 and 2017, he received illicit assets from government units or individuals worth more than 32 million yuan ($4.77 million), the court said in the statement.

He had “shown repentance” and “actively returned” most of the money and property, it added.

Reuters could not reach Lu in jail to seek comment, and it is unclear who acts as his lawyer.

Lu worked his way up though China’s official Xinhua news agency before becoming head of propaganda in Beijing and then moving to internet work in 2013. He became a deputy propaganda minister after being replaced at the internet regulator.

Under Lu, the regulator did not carry out Xi’s instructions in a timely or resolute fashion, China’s anti-corruption watchdog has said.

The Chinese regime blocks websites it deems a challenge to party rule or a threat to stability, from foreign social media platforms and news outlets to sites such as Google’s main search engine and Gmail service.

Organizers of China’s first World Internet Conference in 2014, set up under Lu to promote Beijing’s vision of internet governance, irked foreign tech firms by seeking their agreement on a last-minute declaration on “internet sovereignty.”

Tech industry representatives declined to sign, and rights groups condemned it as a bid to undermine internet freedom.

Caught Up in Xi’s Anti-Graft Campaign

Xi Jinping has ousted many powerful officials—most of them part of an enemy faction loyal to former leader Jiang Zemin—since launching his anti-corruption campaign when he came to power in 2012.

The ruling Communist Party’s anti-corruption watchdog said in November that Lu was under investigation for serious discipline breaches.

The agency, known as the Central Commission for Discipline Inspection (CCDI), called out Lu for a plethora of misdeeds, including “outwardly agreeing with, but secretly opposing authority,” “anonymously framing people,” “forming cliques and factions,” “nasty behavior,” “having inflated sense of ambition,” and “using any means possible to boost himself.”

The accusations of “forming cliques and factions” hints at the possibility that Lu aligned with an opposition faction. Lu’s political connections may be what cost him his post.

Lu had connections with Ling Jihua, a former top political advisor and known member of the “Jiang faction,” those officials still loyal to Jiang Zemin.

Lu had spent most of his career working in the CCP’s propaganda agencies under Liu Yunshan, the former propaganda chief who is also a key associate in the Jiang faction.

Xi had been cleaning house within the military (People’s Liberation Army or PLA) to purge any remaining influences of Jiang and his faction. The campaign has seen the jailing or punishment of hundreds of thousands of officials and also brought down dozens of senior party and military officials.

The crackdown has not just been focused on issues like bribery and using public money to fund lavish lifestyles. It has also taken aim at those whose political loyalty is found lacking or who express doubt about party policies.