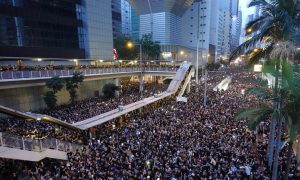 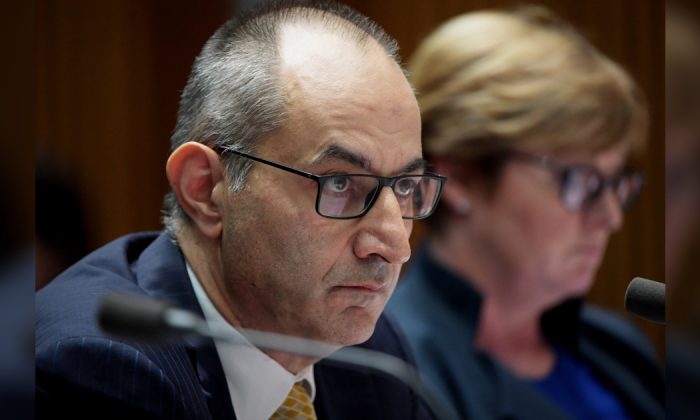 The secretary of the home affairs department, Mike Pezzullo is questioned during Senate Estimates at Parliament House on February 18, 2019 in Canberra, Australia. (Tracey Nearmy/Getty Images)
Australia

Australia’s spy agency has warned foreign intelligence agents are using journalism as a cover and trying to recruit local reporters to help their activities.

ASIO deputy director-general Heather Cook made the claim to a parliamentary committee examining the impact of security laws on press freedom.

She didn’t provide specific examples, but said some journalists had “self-reported” to ASIO that foreign spies had tried to recruit them as sources or as a way to gain access to senior officials.

“In Australia today, journalism is being used as a cover by foreign intelligence actors,” Cook told the committee hearing in Canberra on Aug. 14.

“This is not meant in any way to malign the profession of journalism, but journalism can provide an ideal cover for foreign powers seeking to hide their actions … This practice is not new, novel or exaggerated.”

This led ASIO to object to any move to provide blanket exemptions for media from security laws.

The inquiry by the powerful intelligence and security committee was sparked by recent raids at media outlets.

The Australian Federal Police in June raided the Canberra home of News Corp’s Annika Smethurst and the Sydney office of the ABC, in separate investigations into government leaks.

Home Affairs boss Mike Pezzullo says there was “no whistle to be blown” in the story that sparked the raid on Smethurst’s home.

The story detailed an alleged government proposal to boost spying on Australians, and on May 2018, Pezzullo confirmed to senators he had asked whether his department could help disrupt cybercrime in cases where criminal networks used Australian infrastructure.

“It is simply a falsehood, so there is no whistle to be blown,” he told the committee.

And he said it was “simply unacceptable” that a screenshot of a secret government document that inspired the story was also published.

He said the document was classified as secret not because of the proposal, but rather because of descriptions of the cyber defence of critical Australian infrastructure that it contained.

Pezzullo estimated he’s read between 30,000 and 40,000 highly classified documents in his 32-year public service career and almost all of them were classified with good reason.

“It is exceedingly rare to come across a document that has been capriciously and thoughtlessly stamped at that level.”

“I am firmly of the view that it would be difficult if not impossible for someone not intimately familiar with the intelligence and its origins to be able to make a judgment about the sensitivity of that document,” she said.

“We don’t second guess the decisions of parliament to criminalise certain conduct,” he told the committee.

“If there is an imbalance between national security and press freedom, then that imbalance has to be addressed through law.”

Colvin stressed raids on journalists were a “last resort.”

The AFP has received 75 referrals relating to unauthorised leaks of Commonwealth material to the media in the past five years, but those were the only two instances that were followed up with raids.

A dozen senior media executives presented a united front to the inquiry on Tuesday, demanding changes to national security laws they say will protect journalists.

News Corp executive chairman Michael Miller told the committee there were many laws on the books now that criminalise journalism.