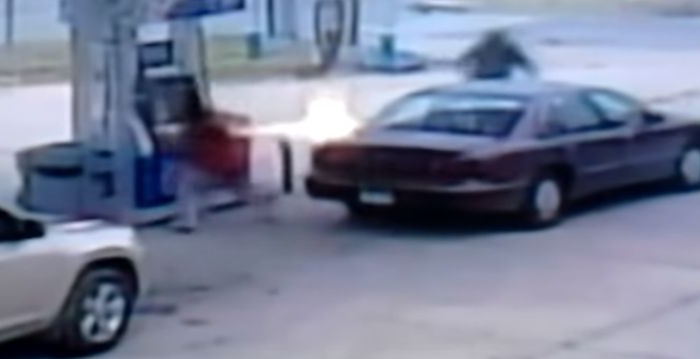 Surveillance footage shows why one shouldn’t smoke a cigarette while pumping gas.

Witnesses at the gas station in Stuttgart, Arkansas, told KARK this week that they believe the fire started while someone was smoking.

The flames moved from the fire that was started in the car before it moved to the pump.

The driver and a passenger then bolt from the vehicle as it catches on fire. The car behind them can be seen backing away.

Nobody was hurt in the incident.

The station told KARK that the gas pump was not seriously damaged.

Warning signs posted at most gas stations in the United States implore motorists not to smoke cigarettes, to stop the engine, keep cellular phones or other wireless devices turned off or in the car, and other safety guidelines.

According to KARK, the fire chief also urged people to turn off their vehicles while pumping gas.