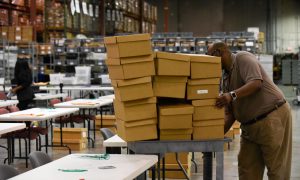 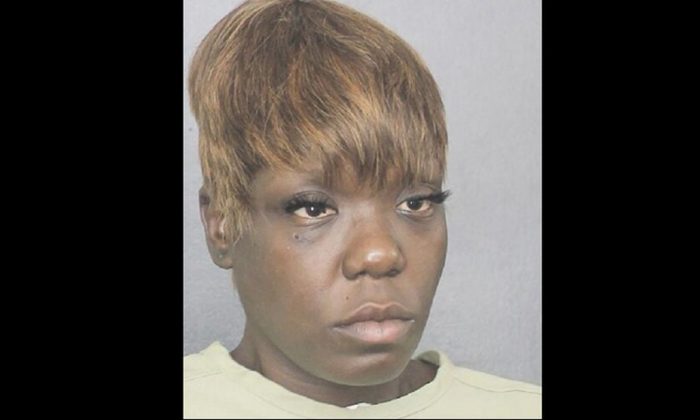 The mother of two boys who died in a Florida apartment complex pool has been arrested, the Broward County Sheriff’s Office said.

The mother “failed to provide proper care and supervision for the brothers, which makes her responsible for their deaths,” Prichard said.

The Florida Sun-Sentinel reported that Joseph was arrested at around 1 a.m. on Sept. 7. Her boyfriend, John Louis Lynn Jr., 24, was arrested on the same charges last week.

In the May 22 incident, a relative discovered the two young brothers submerged in the pool at the Silver Palms Condominiums in Lauderhill. The relative took the boys out of the water, performed CPR, and called 911, the Sentinel reported.

According to the report, surveillance footage showed the two playing in the pool without adult supervision.

Detectives said the boys might have climbed over the fence in the apartment complex to access the pool.

“They were submerged in the water for almost two hours before they were discovered,” said BSO Spokesperson Veda Coleman-Wright, reported CBS Miami.

The Broward Sheriff’s Office also removed the brothers’ 4-month-old and 1-year-old siblings from Joseph’s home in May, the Sentinel reported.

Both Lynn and Joseph are being held in the Broward County main jail in lieu of $250,000 bond, Local10 reported.

“I’m sorry. I’m sorry,” Joseph said, according to Fox7 in Miami. “They’re only 5, and they’re only 6. I lost my babies too early. Branario was supposed to graduate on the 28th, but it is what it is. I’m sorry. I didn’t get to save them. I’m so sorry. If I was there, I could have saved them.”

Joseph’s brother, who was not named, told the CBS affiliate that the family is “still trying to figure out what happened.”

A neighbor said that Lynn played a positive role in the lives of the boys. “He was very attentive to them,” the neighbor said. “I saw him outside in the mornings making sure they got to school.”

Coleman-Wright added that Joseph had a history with the county’s Child Protective Investigations Section and with the Department of Children and Families.

“There have been times when her children were taken away from her and times where she has gone through the proper programs and parenting skills and she has been reunited with her children,” Coleman-Wright said.

Anyone who has information in the case can call detectives at 954-321-4262 or the Broward County Crime Stoppers anonymously at 954-493-TIPS.