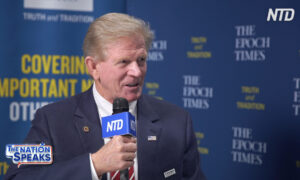 Florida Girl Freaks Out When Manatee Gets Near Her

A Florida girl apparently didn’t realize that manatees are completely harmless. She also took a selfie stick with her in the water, for some reason. In this video, the mere sight of the large, endangered marine mammal sends the girl, Caroline Winch, into panic mode.

“It was like very large, I was thinking it had teeth,” Winch was quoted by Inside Edition as saying. She added, “I was starting to think it’s a shark’s cousin, it could hurt me, I could die out here, my mom would not see me again, I was very nervous.”

Nope, that probably would have never happened. According to the U.K.’s Young People’s Trust for the Environment, “Manatees behave rather like underwater cows. They are relatively harmless for such large animals.” They’re also very curious, have poor eyesight, and investigate objects in the water—like people or boats.

In short, humans are far more dangerous to manatees than they are to us.