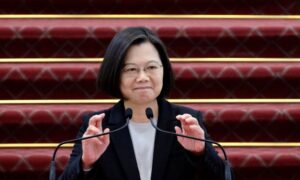 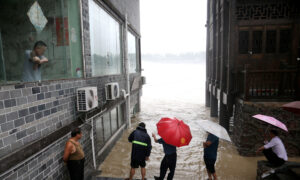 CCP officials are told to prepare for global crisis—including tensions with the United States, food shortages, currency wars, and others—and are being told to prepare “countermeasures”

Zhou Li, the former deputy minister of the CCP’s Central Liaison Department, tied to its political warfare programs, recently issued an article in China Social Science News stating “The Party Central Committee demands that our leading cadres at all levels ‘should adhere to the bottom line thinking and make a long-term ideological preparation and work preparation for responding to changes in the external environment.”’

And a 400-year-old bridge was destroyed by the floods in Shanxi Town in Anhui, China, which had been built during the Ming Dynasty. The destruction of the second largest stone arch bridge in the region was one of the latest scenes in the ongoing floods in 26 provinces and cities in China. And in HuangShan, AnHui, JingdeZhen, ShangRao, Yichang, Changyang, and other parts of China the heavy rains continue to collapse roads and destroy homes.