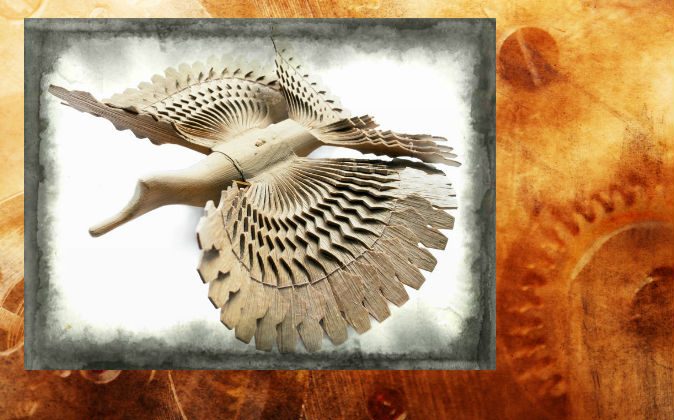 First Robotic Drone Created in 350 BC?

In 350 B.C., mathematician and founding father of mechanics Archytas of Tarentum invented a wooden mechanical dove.

“Archytas’ invention is often cited as the first robot, and, in light of recent technological advancements, perhaps we could even consider it to be the first drone; the very first machine capable of autonomous flight,” wrote Jimmy Stamp in a Smithsonian article.

Stamp isn’t the only one to consider this flying dove a pioneering drone. A modern unmanned aerial vehicle (UAV)—i.e., a drone—developed by the Aeronautics Department at the U.S. Naval Postgraduate School was named for Archytas in 1993.

The writings of Aulus Gellius, a Roman, describe the automaton as steam-propelled. Few details are given about the object, which was said to have mystified and amused the citizens of Tarentum, according to educational materials developed by NASA. NASA described it as “one of the first devices to successfully employ the principles essential to rocket flight.”

While steam propelled the bird, it’s motion may have been guided by wires. It may have actually been a catapult, according to the Stanford Encyclopedia of Philosophy.

The Encyclopedia states: “It has been suggested that, since ancient siege devices were called by the names of animals (e.g., ‘tortoise’ and ‘crow’), Archytas’ ‘dove’ might have been an early catapult of his devising, or a projectile hurled by such a catapult, which was later misunderstood to be a mechanical dove. … However, no ancient source explains the dove in this way.”

About 300 years after Archytas built his dove, the Greek inventor Hero of Alexandria built what’s considered the first steam engine on similar principles. A fire under a kettle heated water, creating steam that was channeled through two L-shaped tubes on either side of a sphere, causing the sphere to rotate. The device was called an aeolipile.