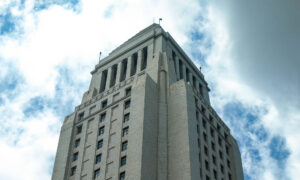 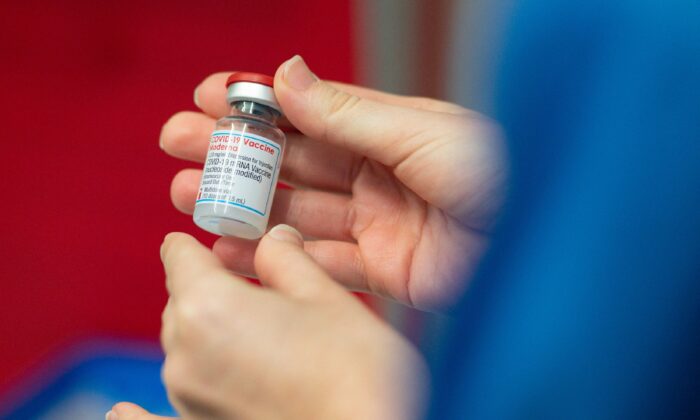 A healthcare professional holds a vial of the Moderna COVID-19 vaccine at the West Wales General Hospital in Carmarthen, Wales, on April 7, 2021. (Jacob King/AFP via Getty Images)
Vaccines & Safety

Finnish health authorities have paused the use of Moderna’s COVID-19 vaccine on Oct. 7 in men under the age of 30, just one day after Sweden and Denmark announced similar measures because of side effects.

Mika Salminen, head of the Finnish health institute, said the Nordic country would instead give the Pfizer vaccine to men born in 1991 and later. Health officials said the decision followed reports of a rare cardiovascular side effect.

“A Nordic study involving Finland, Sweden, Norway, and Denmark found that men under the age of 30 who received Moderna Spikevax had a slightly higher risk than others of developing myocarditis,” Salminen said.

Swedish health officials on Oct. 6 also halted the use of the Moderna COVID-19 vaccine for younger people and children after reports of possible side effects including myocarditis. Danish officials announced that it will halt the shot for those under the age of 18 due to similar concerns.

According to a statement from the Swedish health agency that was translated to English use from Swedish, there is “an increased risk of side effects such as inflammation of the heart muscle or heart sac,” although the agency noted that the risk is “very small.”

“The connection is especially clear when it comes to Moderna’s vaccine Spikevax, especially after the second dose,” the health agency said.

Severe cases of myocarditis, an inflammation of the heart muscle, can lead to heart failure or even sudden death. Symptoms of the infection can include chest pain, rapid or abnormal heart rhythms, and shortness of breath.

A Moderna spokesperson had said after Sweden and Denmark’s Oct. 6 announcement that the company was made aware of the decisions by the country’s regulators.

“These are typically mild cases and individuals tend to recover within a short time following standard treatment and rest,” the spokesperson for the U.S.-based pharmaceutical company said, adding that unvaccinated people are still at a higher risk of getting myocarditis from COVID-19 than those who are vaccinated.

The Nordic countries based the decision on an unpublished research study that included data from Finland, Sweden, Norway, and Denmark. Officials said the research will be published within a couple of weeks and preliminary data had been sent to the European Medicines Agency (EMA) for further assessment.

In July, EMA, the European Union’s chief drug regulator, recommended authorizing Moderna’s COVID-19 vaccine for children ages 12 to 17. It came months after the Moderna vaccine was given approval for use in anyone aged 18 and older across the 27-nation bloc in January.

Both U.S. and European regulators have cautioned that the Moderna and Pfizer vaccines, which use mRNA technology, are linked to chest pain and heart inflammation in young people and children, although those agencies have frequently said those reactions are rare.