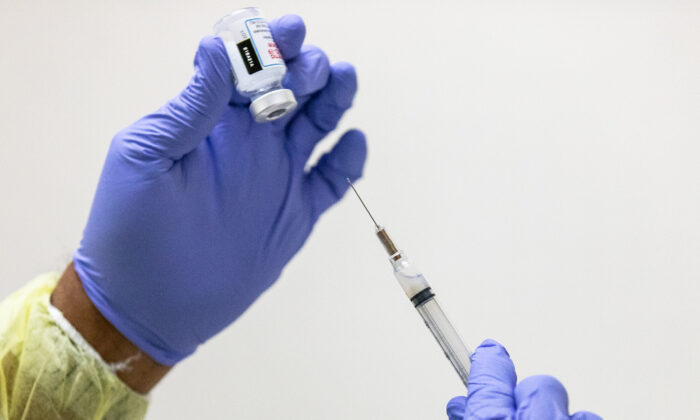 Sweden, Denmark Halt Use of Moderna Vaccine for Younger Age Groups Due to Side Effects

Swedish health officials on Oct. 6 paused the use of the Moderna COVID-19 vaccine for younger people and children after reports of possible side effects including myocarditis, while Denmark also announced that it halted the shot for those under the age of 18.

Officials have “decided to pause the use of Moderna’s vaccine, Spikevax, for everyone born in 1991 and later, for precautionary reasons,” reads a statement from the Swedish health agency, according to a translation from Swedish to English.

The agency further added there is “an increased risk of side effects such as inflammation of the heart muscle or heart sac,” noting that the risk is “very small.”

The agency stated that it now recommends the Pfizer-BioNTech vaccine instead for people born in 1991 or later, noting that the decision is valid until Dec. 1. Those from that age group who got the first Moderna dose shouldn’t get a second dose, the agency added.

New data from Swedish and other Nordic sources “indicate that the connection is especially clear” between Moderna’s vaccine and side effects “especially after the second dose.”

“Both myocarditis and pericarditis often go away on their own, without causing any lasting problems, but suspicious symptoms should be assessed by a doctor at … a health center or emergency room,” the agency stated. But it noted that “medical treatment and monitoring in hospital may be needed in established cases.”

The Swedish health agency stated earlier in the week that people aged 12 to 15 can only get the Pfizer vaccine.

In July, the European Medicines Agency, the European Union’s chief drug regulator, recommended authorizing Moderna’s COVID-19 vaccine for children ages 12 to 17. It came months after the Moderna vaccine was given approval for use in anyone aged 18 and older across the 27-nation bloc in January.

Both U.S. and European regulators have cautioned that the Moderna and Pfizer vaccines, which use mRNA technology, are linked to chest pain and heart inflammation in young people and children, although those agencies have frequently said those reactions are rare.

In neighboring Denmark, those under the age of 18 can’t be given the Moderna vaccine out of precaution, its health regulators said on Oct. 6. The agency said that data obtained from four Nordic nations show there is a link of an increased risk of heart inflammation when younger people receive the Moderna shots.

“Based on the precautionary principle, we will in future only invite children and young people to receive this vaccine, not least in view of the fact that it is for this vaccine that the largest amount of data from use exists for children and young people, especially from the USA and Israel,” Danish health official Bolette Soeborg said in an interview with The Associated Press.

Moderna officials didn’t immediately respond to a request by The Epoch Times for comment.