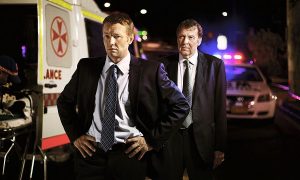 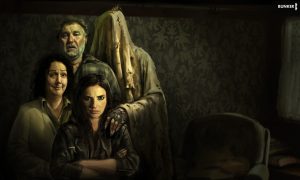 Paul Potts is an unusual TV talent show winner, because he actually has talent. The opera singer cuts an unassuming figure, but his voice is the real thing. However, since anyone who uses Yahoo’s online services already knows what happened when he appeared on “Britain’s Got Talent,” David Frankel’s “One Chance” will necessarily feel rather anticlimactic.

Even as a boy, working-class Potts has an obvious talent for singing, but it earns him more bullying than praise. His mother Yvonne tries to support his musical sensibilities, but his father Roland often joins in with his tormentors. (Potts’s habit of donning the full Pagliacci costume hardly helps matters either.) As a result, self-confidence becomes a persistent issue for him.

Nonetheless, he somehow summons the gumption to court the plucky Julie-Ann “Julz,” who encourages him to pursue his dream. Early in their relationship, she shows enough faith and trust to let him study in Venice, but it ends in disappointment. At least, the picturesque city and budding diva Alessandra look good on camera.

Man, oh man, it is hard to like a film in which Simon Cowell and Piers Morgan play themselves. Nevertheless, lead actor James Corden is more eager to be loved than the average puppy. He is unflaggingly earnest and lip-synchs effectively enough in the performance scenes. Most importantly, he develops some nice, lived-in romantic chemistry with Alexandra Roach’s Julz.

On the other hand, his parents might as well be hand-me-downs from “Billy Elliot,” so it is hard to blame Julie Waters and Colm Meaney for just turning on the autopilot switch. Still, Valeria Bilello’s Alessandra has her moments, but Frankel safely ushers her out of the picture before things get too interesting.

Indeed, “One Chance” always plays it safe, indulging in some of the most shameless manipulative clichés. Yet, it is admittedly nice to see a decent chap like Potts make it big, while staying faithful to his true beloved. It delivers the promised dose of sentimental inspiration and is then quickly forgotten, leaving little trace behind with viewers.

Harmless and inconsequential, “One Chance” is a film by and for Potts fans. It opened Oct. 10 in New York at the Village East.