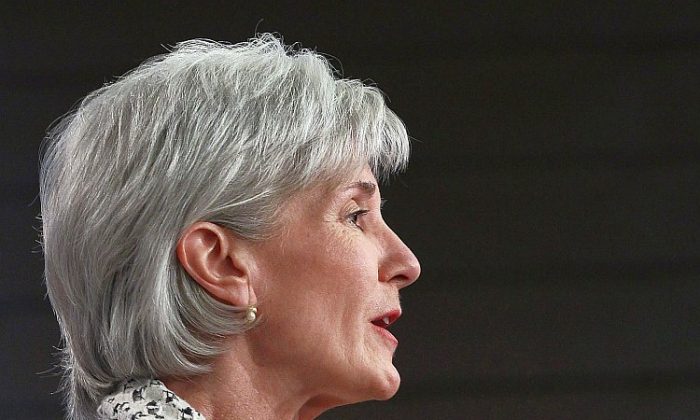 It starts with confusion and signs of memory loss, but as the disease progresses, a lifetime of language and decision-making skills slowly deteriorate. As symptoms worsen, the Alzheimer’s patient progressively requires more care.

Alzheimer’s disease currently affects over 5 million Americans and is growing fast. Without better treatment, experts say the number of cases in the United States will soon double.

This week the Department of Health and Human Services (HHS) announced details of an aggressive new strategy to address the nation’s Alzheimer’s epidemic. The plan includes two major clinical trials that work toward prevention, and the development of an effective treatment by 2025.

The ambitious goal stems from the National Alzheimer’s Project Act (NAPA). The disease-led legislation and funding program is aimed not only at advancing treatment, but also works to provide help for patients and their families adjusting to life with a debilitating illness. Since NAPA passed in January 2011, the Obama administration has since offered additional funding to support Alzheimer’s research and other programs related to the disease.

Efforts to realize NAPA’s big goals came last week at the 2012 Alzheimer’s Research Summit. HHS Secretary Kathleen Sebelius announced two proposed trials for treatments that may slow progression, delay onset, and even prevent the disease within the next 13 years.

According to the World Health Organization, while Alzheimer’s can occur in people as young as 40 years old, incidents increase exponentially with advancing age. Experts say that as the nation’s senior population is projected to double in the coming decades, policymakers, health service providers, patients, and their family caregivers all stand a lot to gain from NAPA’s success. Recent estimates find that the direct and indirect expenses related to Alzheimer’s and other dementias in the United States run more than $150 billion annually.

But research can be costly too. The HHS says nearly $8 million will go to fund a trial testing an insulin nasal spray as a possibility for treatment. The National Institutes of Health is ponying up another $16 million for another study focusing on Alzheimer’s prevention, which targets people thought to be at the highest risk for the disease.

More research is expected soon, and the HHS says there are plans to test other drugs, as well as non-pharmaceutical treatments. Guided by strict research goals laid out in NAPA, the HHS says upcoming studies will aim to improve outcomes for minority populations, as NAPA’s new partnerships and federal outreach programs promise to make for a more diverse pool of subjects.

Much of the funding for this aggressive research strategy would come from President Obama’s proposed 2013 budget, which provides a $100 million increase for a variety of efforts to tackle Alzheimer’s disease. Public awareness campaigns and caregiver support programs would also receive federal dollars, but the lion’s share ($80 million) is allocated to research.

According to Secretary Sebelius, “These actions are the cornerstones of a historic effort to fight Alzheimer’s disease.”

In addition to federal support, the private sector is also expected to play a significant role. In a statement, Sebelius specified that this was “a national plan,” rather than a federal one, “because reducing the burden of Alzheimer’s will require the active engagement of both the public and private sectors.”

As researchers look for better treatments, the HHS will help develop better training programs for clinicians, and provide improved support for families. As part of the NAPA plan, a new website was recently unveiled, devoted to helping caregivers find services to better cope with the disease.