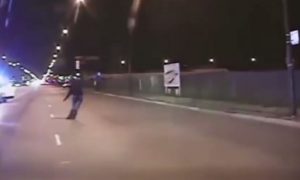 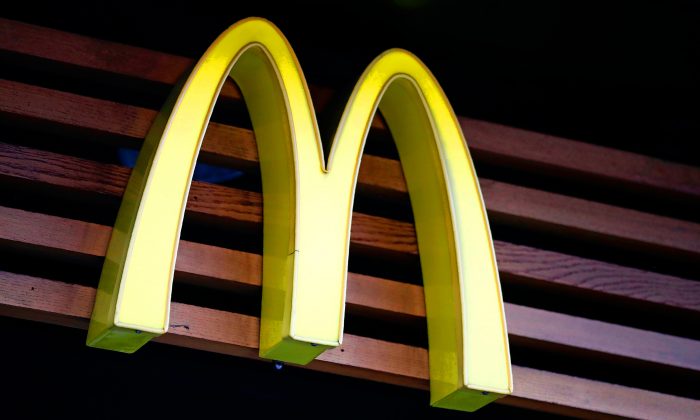 A report said that fecal matter was discovered on every McDonald’s self-service touchscreen swabbed during an investigation in the United Kingdom.

Samples were taken at six McDonald’s locations in London and two in Birmingham. The samples all revealed a contamination of coliforms, which are found in human fecal matter. According to the report, it’s potentially “enough to put people in the hospital.”

“We were all surprised how much gut and fecal bacteria there was on the touchscreen machines. These cause the kind of infections that people pick up in hospitals,” said London Metropolitan University Dr. Paul Matawele, according to The Metro.

“For instance Enterococcus faecalis is part of the flora of gastrointestinal tracts of healthy humans and other mammals. It is notorious in hospitals for causing hospital-acquired infections,” he stated.

Customers first choose their food on the screens before heading to the front to pick up their meals. Often times, they don’t wash their hands or wipe them down with hand sanitizer, the report suggested.

At one branch, a screen was found to have Staphylococcus, or staph. According to the U.S. Food Safety website, some strains can “cause food poisoning when a food handler contaminates food and then the food is not properly refrigerated. Other sources of food contamination include the equipment and surfaces on which food is prepared.”

Matawele told the paper: “Seeing Staphylococcus on these machines is worrying because it is so contagious. It starts around people’s noses, if they touch their nose with their fingers and then transfer it to the touchscreen someone else will get it, and if they have an open cut which it gets into, then it can be dangerous.”

He noted that there are fears about Staphylococcus becoming more resistant to antibiotics.

“However, it is still really dangerous in places like Africa where it can cause toxic shock,” he said.

And Listeria bacteria was discovered in a McDonald’s on Oxford Street in London. Listeria can cause listeriosis, which primarily affects older adults, children, and pregnant women, according to health officials. “Listeria is another rare bacterium we were shocked to find on touchscreen machines as again this can be very contagious and a problem for those with a weak immune system,” Matawele said.

About three out of four screens had traces of the Proteus bacteria.

“Proteus can be found in human and animal feces. It is also widely distributed in soil. It can cause urinary tract infections and is also one of the hospital-acquired infections where it may responsible for septicaemia,” he stated. “Klebsiella is also from the gut and mouth, they are associated with urinary tract infections, septicemia, and diarrhea. Some species can infect the respiratory tract resulting in pneumonia.”

A spokesperson for McDonald’s said, “Our self-order screens are cleaned frequently throughout the day. All of our restaurants also provide facilities for customers to wash their hands before eating,” according to MarketWatch.

Dr. Philip Tierno, a clinical professor of Microbiology and Pathology at NYU School of Medicine, said he wasn’t surprised by the report in the Metro.

“We are bathed, as a society, in human feces,” he told MarketWatch. “Wherever numerous people touch the same surface over time, they deposit their germ passport, which can include bacteria from three body places—respiratory, skin, and fecal sources.”

“This (Metro) report shows that people do not properly pay attention to hand hygiene—especially hand washing,” he explained. “Eighty percent of all infectious diseases are transmitted by direct and indirect contact. Direct like coughing, sneezing, talking, kissing someone; and indirect like touching a dirty fomite (doorknob, phone, computer, elevator button, touchscreen, etc.) and then touching your eyes, nose, or mouth or a break in the skin.”