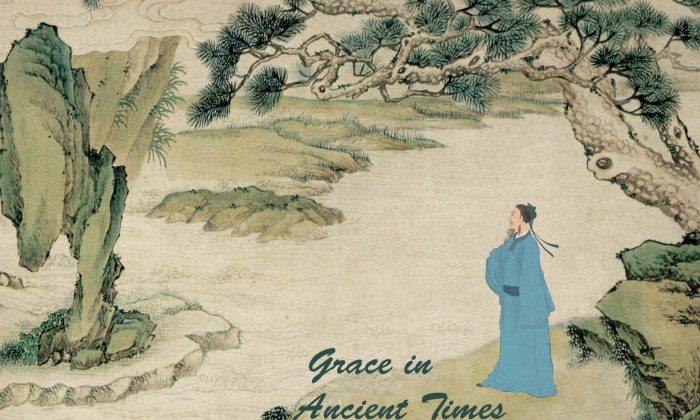 Shao Xinchen lived in the Western Han dynasty of China, he got the top grade in the civil service examinations and was appointed as a local officer.

In the reign of Emperor Yuan, between the years of 49 to 33 B.C., Shao became the county governor in Nan Yang (in today’s Henan province) because of his high performance.

During his term at Nan Yang, Shao showed care for the people, and he worked hard to let people have a good living.

He often went to the field to encourage peasants working on farming. He checked on the waterways, built dams, and opened up canals for better irrigation. Nan Yang became a rich land for agriculture. People all benefited from his actions and became affluent.

If children of his subordinates led lazy lives and abandoned farming, he would scold the parents, dismiss them from their official work, and in serious cases, punish them so as to differentiate the good from the bad.

Everyone in Nan Yang County loved Shao and spoke of him endearingly as “Father Shao”.  That was the origin of “parental officer” in ancient China.

Chinese people have used this term to show respect to their local governor for nearly 2,000 years. It instilled righteous thoughts in many officers, making them realize the responsibilities they bore for the people under their governance.

According to the Book of Han, Shao’s superior, the Provincial Governor, reported to the Court about Shao’s work that led to the prosperity of Nan Yang. The Court rewarded Shao with promotion.

During his civil service career, Shao was often listed at the top for his performances and received increases in remuneration and bonus.

In year 33 B.C., Shao was summoned by the Court to work in the central government to be in charge of supplies to the Royal Court.

The royal vegetable garden grew scallion and other vegetables in winter that required heating 24 hours a day in the greenhouse.

Shao thought that these were not grown according to the natural cycle and would be harmful to health and unsuitable to supply for use in the royal court.

He asked that all produce grown out of the regular seasons be cancelled, thus making huge cost savings for the country.

Shao worked till his old age and died while on duty. He was referred to as the first parental officers in China.