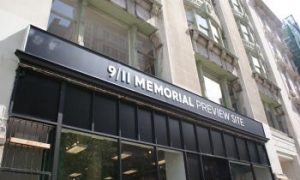 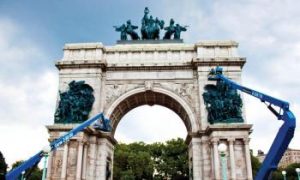 Soldiers and Sailors Memorial Gets a Face-lift
0 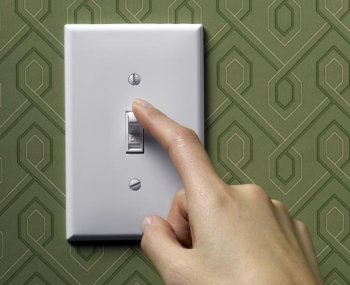 By Conan Milner
Print
Researchers are exploring new user-controlled, efficient lighting systems in an effort to provide better illumination and save energy. The MIT Media Lab aims to build easy-to-control systems that can cut lighting bills by more than half.

Preliminary results of the ongoing research of the polychromatic solid-state lighting controlled using a sensor network were published this summer in the “Proceedings of the SPIE,” an international society for optics and photonics.

The user controls of lighting systems in newer buildings have come a long way from the old-fashioned light switch, but they still have significant limitations. Oftentimes, these systems offer very little control and work completely through automatic motion-detector switches that turn off lights when people have left the room or sit too still. Other contemporary systems feature complex control panels that can be difficult to navigate.

The experimental control devices developed by MIT researchers are about the size of a business card and can easily slip into a pocket. They allow the user greater manipulation of a building’s lighting with an easy to use format. In a statement for the project, Media Lab Associate Professor Joseph Paradiso says that the new system being tested by members of his Responsive Environments group could put the controls directly on users’ desktops.

These new controls can monitor the actual light that falls on a user’s workspace, and will also allow users to control both the intensity and color balance of the light. The current prototype works with an array of LED (light-emitting diode) fixtures, which researchers say, unlike most compact florescent bulbs, can easily be adjusted to any level of intensity while still providing energy efficiency.

In their report the MIT team explain that they employed “a spectrally tunable light source and an interactive lighting testbed to study the effects of systems that adjust in response to changing environmental lighting conditions and users' requirements of color and intensity.”

The result is a new system that adjusts to the differing light requirements found throughout a workday. The tiny controllers can identify the amount of light coming from different fixtures, while also separately measuring any ambient light radiating from windows or neighboring work areas.

If sunlight through a window can sufficiently meet a user’s lighting needs, overhead lights can be dimmed or completely switched off. When sunlight diminishes, the overhead lights are immediately reactivated to keep the workspace well lit. Varying the intensity of individual LED lamps in the overhead fixtures allows users to adjust color balance.

Tests of the system have thus far found that it can reduce the energy used for lighting by 65 percent to 90 percent, on top of the savings from using LEDs instead of incandescent lights or compact fluorescents.