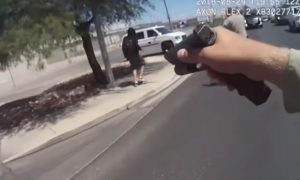 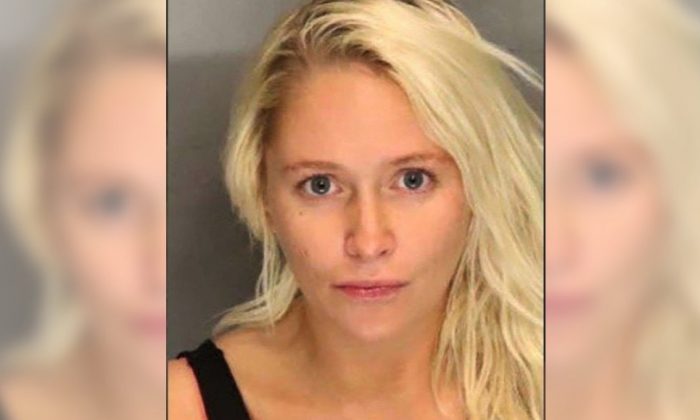 A Nevada woman has been arrested and charged in the murder of a California psychiatrist who was found in the trunk of a car, bludgeoned to death.

Kelsey Turner, 25, was taken into custody on March 21 in Stockton, Fox5 Las Vegas reported, citing the Las Vegas Metropolitan Police. FBI agents from California and the Las Vegas police jointly made the arrest.

“An investigation by #LVMPD Homicide Detectives led to the arrest of 25 year-old Kelsey Turner in this incident,” the Twitter account of the Las Vegas Metropolitan Police Department announced.

On March 7, 2019, an abandoned vehicle was located on State Route 147, near mile marker 14 with a deceased male inside the trunk. An investigation by #LVMPD Homicide Detectives led to the arrest of 25-year-old Kelsey Turner in this incident. #LVMPDnews pic.twitter.com/rjYYJNeL3G

Police did not provide any details on what may have linked Turner and the victim.

According to KSBW 8, however, Turner’s mother, Samantha, said Turner and Burchard had known each other for years.

A neighbor told the station that for “about a year,” Turner, her mother, and Turner’s children all lived in a home that Burchard was paying the rent for.

Turner’s mugshot and name match the information on a Facebook profile that described the woman as a model, the Californian of Salinas reported. Her photographs were allegedly featured on Playboy’s Italian-language website, according to the report.

A review of social media profiles for a Kelsey Turner identify her as a model living in Las Vegas, the Las Vegas Review-Journal reported.

An Instagram profile with the handle kelseyturnerofficial has over 100,000 followers and appears to feature the same woman as the police mugshot.

Bruchard’s body was discovered on March 7 after a passerby noticed a car with a smashed window near the entrance to the Lake Mead National Recreational area, police said.

He died as a result of blunt force injury to the head, police said.

25-year-old Kelsey Turner has been arrested in connection to the death of long-time Monterey County psychiatrist Dr. Thomas Burchard. Turner was arrested in Stockton. I spoke with her mother, Samantha, who tells me her daughter and Dr. Burchard knew each other for years. pic.twitter.com/IhDc4mrUyb

Burchard worked in the behavioral health program with Montage Health, the Review-Journal reported.

“Dr. Burchard was a psychiatrist in our behavioral health program for almost 40 years and was very helpful to many patients,” Montage Health spokeswoman Mary Barker said, according to the Review-Journal. “It’s a very sad situation and our hearts go out to his family, friends, patients, and colleagues. We are notifying his patients and providing grief counseling for staff.”

A Twitter user commented on the Las Vegas Metropolitan Police Department post, saying “As a patient of Dr B, it broke my heart to hear about his death, he was honest and fair and helped me for almost a year. He will be missed beyond comparison. No one deserves this, let alone a doctor who has helped many children and adults in the Monterey County.”

Turner was booked in the San Joaquin County Jail without bail, Fox reported.

She faces murder charges and awaits extradition to Nevada.