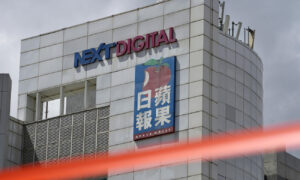 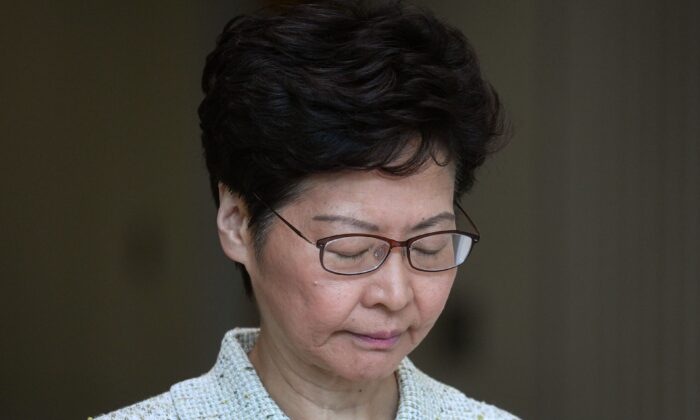 A group of European lawmakers on Thursday urged Hong Kong Chief Executive Carrie Lam to release journalists arrested under Hong Kong’s draconian national security law, and unfreeze the assets of a pro-democracy newspaper that was forced to shut down.

Apple Daily, one of the few independent media outlets in Hong Kong, had to halt its operations by midnight on Wednesday after police arrested its executives and froze assets linked to the paper.

The paper said its decision to close was based on “employee safety and manpower considerations.” It also said previously the freezing of its assets had left the paper with little cash to maintain operations.

The forced closure of Apple Daily was condemned by the UK, French, and EU governments, as well as a number of  U.S. lawmakers.

In a letter to Lam, 30 European lawmakers, most of who are members of the European Parliament, said they wish to express their “concern and condemnation” of the arrest of five journalists and the raiding and the shutting down of Apple Daily.

More than 500 police officers raided Apple Daily’s headquarters on June 17 and arrested five executives on suspicion of colluding with foreigners to endanger national security, an ambiguous offense under the draconian national security law imposed by Beijing last year. Two of the executives were charged the next day.

The lawmakers said they believe these arrests “constitute an assault on the freedom of the press and undermine Hong Kong’s reputation as an open international city,” and run in “direct contravention” of Hong Kong’s Basic Law.

“The shutting of the newspaper for the supposed ‘crime’ of holding officials accountable is the act of a dictatorial state,” the letter reads.

The lawmakers warned that preserving the free press in Hong Kong “remains an area of great interest” to the EU and other like-minded democracies and that the forced closure of the pro-democracy paper “will be met with international condemnation and have a long-term impact on foreign investment into the city.”

They urged Lam to unfreeze Apple Daily’s assets, release the journalists arrested and drop the charges against them and Jimmy Lai, the owner of the popular tabloid who is currently in jail, serving multiple sentences over his participation in multiple pro-democracy demonstrations.

Mimi Nguyen Ly and France Fang contributed to this report.