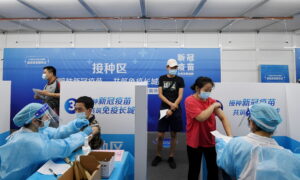 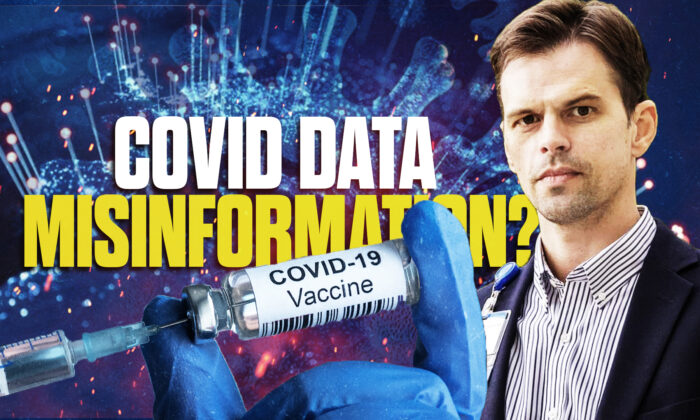 EpochTV Review: Is COVID-Deaths Data Being Used for Profit?

“The Wide Angle” program on EpochTV examines the misuse of COVID data in the episode, “Is COVID-Death Data Being Used for Profit? Doctor Sues University Over Mandatory Vaccine Policy.” The host, Brendon Fallon, interviews Dr. Aaron Khariaty, who is a professor of psychiatry and human behavior at the University of California and the head of their medical ethics department, gives important information on how this data is being used to justify mandatory vaccinations and the threat to privacy and freedom that it poses.

The video begins with the explanation that people who are hospitalized for different conditions are given COVID tests. If they test positive, even with no symptoms of COVID and the cause of death being another condition, the death will be counted in the COVID metric. At the University of California, the policy states that employees and students must be vaccinated right now in order to be on campus, but they may also be required to get any other vaccine shots or boosters that are offered in the future. The lawsuit that he is involved in is on behalf of COVID-recovered patients and states that those who have survived the virus have a better immunity against it than the vaccine can provide. According to the lawsuit, the university’s policy of mandating vaccines and not recognizing natural immunity is discriminatory, because it excludes students and other university workers from coming on campus even if they have immunity. The case further states that this violates equal protection rights provided by the 14th amendment.

There are financial benefits for hospitals that report more COVID deaths. Medicare pays hospitals more for COVID cases than other kinds of cases. The same is true for pediatric cases. If a child comes in with a respiratory problem, he is tested for COVID. Many tests will show positive results even if the condition is something else, so those cases are added to the COVID numbers as well.

Khariaty gives an example of a patient who was hospitalized for psychiatric problems. He tested positive for COVID and was sent to the medical ward so PPE could be used when working with him. He had no symptoms of COVID and that was not the reason for his visit, but he was considered a COVID patient.

Recently, Dr. Anthony Fauci, President Biden’s chief medical advisor, was asked why people with natural immunity still needed to get the vaccine. His answer was that while there is a case for natural immunity, we still do not have enough information yet. Khariaty said that Fauci has not been keeping up with the latest scientific data, which proves that natural immunity has a much better efficacy rate than vaccinations. One major fact which supports natural immunity is that it does not lose effectiveness over time or with new variants. This is not the case with vaccinations, as we are already hearing that more shots and boosters will be needed in the future. Vaccines are good for fighting against symptomatic disease but provide less protection against infection and transmission. Vaccine efficacy has been declining over time. Natural immunity has had an efficacy rate of 96–99 percent throughout the pandemic.

The host then asks about side effects from the vaccine. Khariaty replies that information is still being gathered on that issue. He stated there is a small risk of inflammation of the heart, and it is greater for young men versus older people. Also, this “one size fits all” theory of the vaccine negates individualized care as the vaccine might not be the best treatment for everyone. He says that more needs to be done to track the safety issues surrounding the vaccine, especially since the clinical trials were stopped much earlier than other vaccines.

According to Khariaty, a lot of the protocols are not being followed. The reason being given is that we are in a state of emergency and people are dying from the disease so the vaccine must be fast tracked. While we might have short term gains, the danger in this is there might be long term consequences. Also, the emergency phase is not being identified and so when is that “state of emergency” declared over? His opinion is that it may have held true early on but officials need to set benchmarks that define “state of emergency” so that is it not used as a reason to rush into treatments that may have adverse effects later.

In the next segment of the video, the host asks Khariaty to comment on people’s concerns that more shots and boosters will be needed. The doctor states, “The vaccines were originally touted back in January as the ticket out of the pandemic and a definitive solution for COVID.” Now health officials are reluctant to admit that they spoke too soon and rather than admit that the vaccine does not work as they said it would, they are going back to lock downs and advising people to get more shots.

People are questioning why a third dose is needed and why the original dose was not measured correctly for its efficacy. The CDC will be meeting soon to discuss the efficacy of the third shots. Unfortunately, the data is being provided by Pfizer which has very little actual data on this. Only about 300 people were included in the trial and some groups of people were not represented. Khariaty voiced concern over the lack of data and said he hopes that the CDC will recognize that more data is needed in order to make an informed decision. The host then asks what a more effective way would be for handling the pandemic. The doctor advises that we need targeted interventions for those who are most at risk. Now that we know that natural immunity works better than vaccines, those who are considered immune but not vaccinated are at risk of losing personal freedom. People that fall into this category could be put into nursing facilities to monitor their health. Rather than having an incentive to rely on natural immunity, the only incentive would be in taking the vaccine.

University of California officials have refused to comment on the lawsuit.