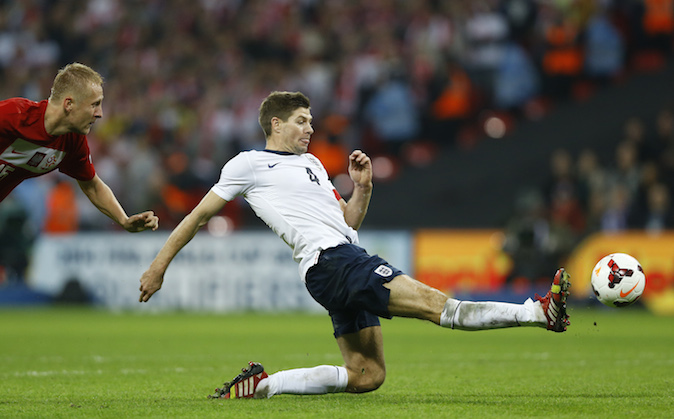 The England vs Denmark football international friendly is set for Wednesday, Mar. 5.

The game will be broadcast live on ITV and UTV in the United Kingdom.

The game will also air on Fox Sports 2 USA and Fox Deportes in the United States.

Denmark international and Kyle Walker’s Spurs counterpart Christian Erikson will also miss the tie due to a back injury.

This friendly is England coach Roy Hodgson’s last chance to assess the English players before World Cup 2014 kicks off in Brazil in a hundred days.

Hodgson’s 30-man squad includes the likes of in-form youngsters Luke Shaw (Southampton) and Raheem Stirling (Liverpool), and both will have to prove their worth if they wish to board the plane to Rio.