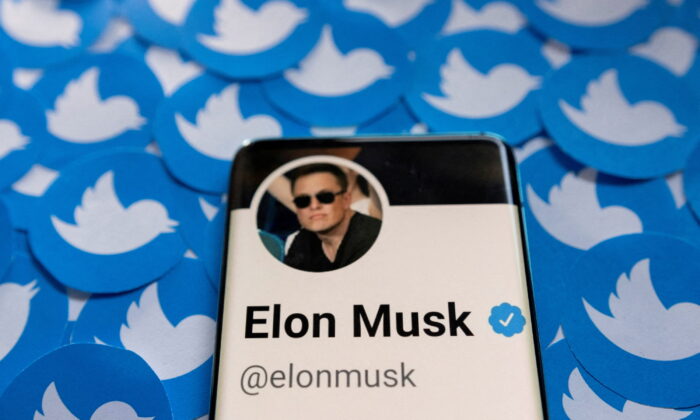 A Chinese man has gone viral on social media for his facial resemblance to Elon Musk, Tesla and SpaceX CEO. But his Chinese social media account was recently banned by the Chinese authorities.

Dubbed Yilong Ma on social media, Musk’s doppelgänger in China caught the attention of the American billionaire in December 2021, when a short video showed him standing by a car in a garage, with his face looking like a copy of Musk. Elon Musk tweeted humorously on Dec. 20 in a response: “Maybe I’m partly Chinese!”

Yilong Ma could be a pseudonym, as his first name sounds like “Elon” in Mandarin, and “Ma” sounds similar to “Musk” in Chinese. Ma’s TikTok account “mayilong0” now has 238,300 followers.

Ma usually starts his videos with “Hi everyone, I’m Yilong Ma” speaking English with a strong Chinese accent. In some of his videos, he says one Chinese sentence at the end: “I’ll say a couple of sentences on your behalf.”

Ma and Musk have had several indirect communications in the past months.

On April 28, three days after Twitter accepted Elon Musk’s offer, Ma uploaded a video on his TikTok account of him standing by a car in a field, holding a paper logo of Twitter and saying, “My bird.” His caption for the video says, “This is a free bird. I like him and I’m going to go to him right now. Because Elon Musk is my brother.”

Days after Elon Musk tweeted that he was going to buy Coca-Cola, Ma also posted a video on his Weibo account on May 8. He held a bottle of Coca-Cola, saying “Cheers!” and his caption said that he’d sponsor $10,000 for the acquisition.

“I’d like to meet this guy (if he is real). Hard to tell with deepfakes these days,” tweeted Musk on May 9.

However, before the two had a chance to meet, Ma’s Chinese social media platforms were banned by the Chinese authorities. The posts on his Weibo account have been deleted, with only three posts left. One remaining Weibo post, dated May 10, responds to Musk’s tweet: “I am here. I want very much to see you too! I love you, you are my hero.”

The Weibo operator claims that “The user is currently banned for violating the community convention.” Ma’s Douyin (the Chinese version of TikTok) account has also been banned, with all his posts removed, and no explanation from the operator.

Ma says on his TikTok account: “All platform videos are ported [sic], I only have TikTok. I love you.” This is the only social media account that is still working, with the last video uploaded on TikTok and his interaction with his followers dated two days ago.

“If the video uses face-changing technology, it is suspected of infringing on the portrait rights of other people,” Auto Sina reported on May 13, quoting comments of Ye Jiaping, a senior partner of a Beijing-based law firm Jincheng Tongda & Neal.

Sina is the Chinese operator of Weibo and is also a popular news portal in China.

Ma was not able to “say a couple of sentences” for his followers before he was banned.

Beijing is notorious for its rampant control of information.

In a report (PDF) by the U.S. International Trade Commission (USITC) released in January, the Chinese regime uses a mix of technical and non-technical tools to control information that suits its political agenda, including website blocking, keyword filtering, and throttling.

In the past five years, the Chinese regime has brought four laws into effect to tighten the flow of information: the Cyber Security Law (2017), Provisions on the Governance of the Online Information Content Ecosystem (2020), Hong Kong National Security Law (2020), and Data Security Law (2021), as reported by The Epoch Times.

The Epoch Times reached out to Ma Yilong but hadn’t received any reply before publication.