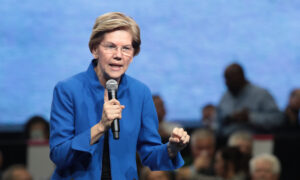 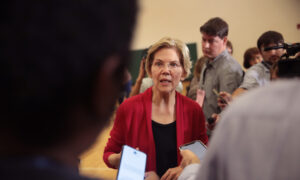 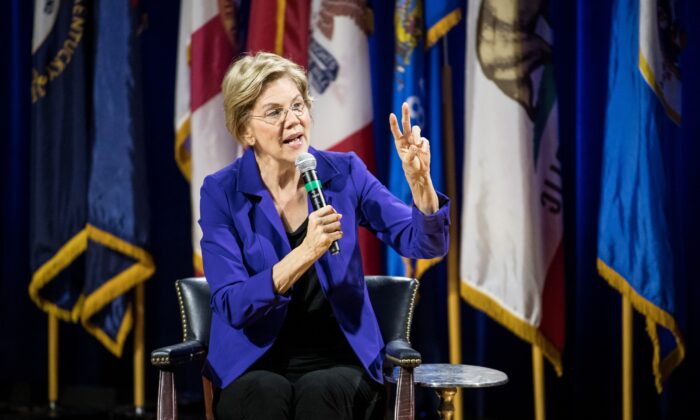 Sen. Elizabeth Warren (D-Mass.) said that her Medicare for All plan would cover everyone in America, even those in the country illegally, at a town hall on Nov. 8.

Speaking in Raleigh, North Carolina, she said that her plan—which would see the government take over the entire healthcare industry—would cover all illegal immigrants in the United States, estimated to be up to 29 million people.

“We know that you have included undocumented people in your plans to provide Medicare for All, so my question is why did you decide to include people regardless of immigration status, and would this include obtaining subsidies like the ACA’s—Affordable Care Act’s—affordability subsidies?” Warren was asked at the event.

“Would you also support access to the children’s health insurance program without regard to immigration status?” the man asking the question added.

Warren responded by praising the question and confirming her Medicare for All plan would cover people who aren’t legally in the country.

“I’m really glad you asked this. Medicare for All, as I put this together, covers everyone, regardless of immigration status, and that’s it,” Warren said, prompting applause.

Warren’s $52 trillion plan has triggered intense criticism, including from rivals like former Vice President Joe Biden, but many other contenders have indicated their healthcare plans would include coverage for illegal immigrants among a field that almost unilaterally believes that illegal border crossings should be decriminalized, or made a civil offense instead of a civil one.

Sen. Bernie Sanders (I-Vt.), a self-described socialist who has similar policy proposals to Warren, said at a debate in July that his Medicare for All plan would cover illegal immigrants.

According to responses candidates gave The Washington Post, Biden, billionaire Tom Steyer, Sen. Cory Booker (D-N.J.), South Bend Mayor Pete Buttigieg, and Sen. Kamala Harris (D-Calif.) are among the other candidates who also want illegal immigrants to be covered under their healthcare plans.

The few who have said no or whose response was unclear or not given are fringe contenders such as Montana Gov. Steve Bullock, former Rep. John Delaney (D-Md.), and Rep. Tulsi Gabbard (D-Hawaii).

Warren at the Friday town hall also said she was open to stopping deportations of illegal immigrants as a way to pressure Congress into passing “comprehensive immigration reform.”

“So I am open to suspending deportations, particularly as a way to push Congress for comprehensive immigration reform,” Warren said. “I believe that what we’re doing right now, with ICE focusing on people who do not pose a threat—that when ICE comes into our communities, takes our neighbors, our friends, our family members—that they do not make this country safer.”