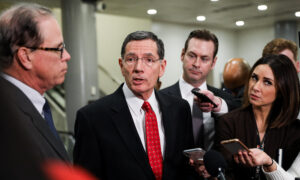 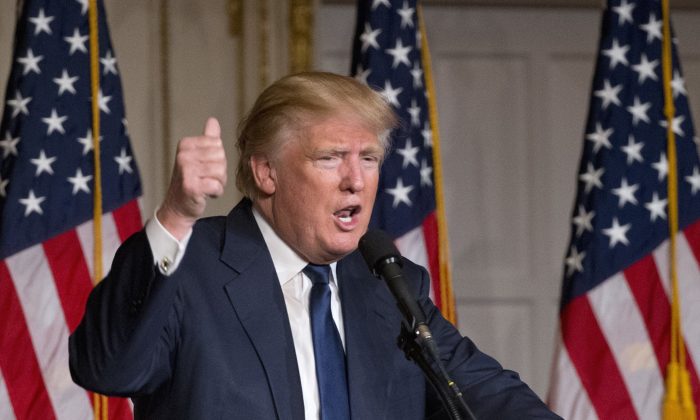 The team counsels him on foreign affairs and helps shape his policies as he runs for the Republican presidential nomination.

And I have quite a few more. But that’s a group of some of the people that we are dealing with.
— Donald Trump

Page is a long-time energy industry consultant who graduated from the U.S. Naval Academy.

Padadopoulos is an oil and energy consultant who directs an international energy center at the London Center of International Law Practice. He formerly advised Ben Carson.

Schmitz is a former inspector general at the Defense Department who served under President George W. Bush. He has also worked for security services training company Blackwater Worldwide.

Phares is a counterterrorism expert and teacher who advises members of the House of Representatives on such matters.

“And I have quite a few more. But that’s a group of some of the people that we are dealing with. We have many other people in different aspects of what we do. But that’s a pretty representative group,” Trump said.

He plans to name more members of the team this week.

He wants the United States to look inward and focus much less on ‘nation-building.’

Trump also addressed a number of foreign policy points in the interview, saying he wants the United States to look inward and focus much less on “nation-building.”

“I think it’s proven not to work, and we have a different country than we did then,” he said. “We have $19 trillion in debt. We’re sitting, probably, on a bubble. And it’s a bubble that if it breaks, it’s going to be very nasty. I just think we have to rebuild our country.”

“I watched as we built schools in Iraq and they’re blown up. We build another one, we get blown up. We rebuild it three times and yet we can’t build a school in Brooklyn. We have no money for education because we can’t build in our own country,” he added. “At what point do you say, ‘Hey, we have to take care of ourselves?’ So, I know the outer world exists and I’ll be very cognizant of that. But at the same time, our country is disintegrating, large sections of it, especially the inner cities.”

Trump also noted that the U.S. needs to toughen its trade stance on China, and said America will likely need to be less involved in European and Pacific affairs.