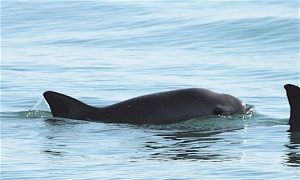 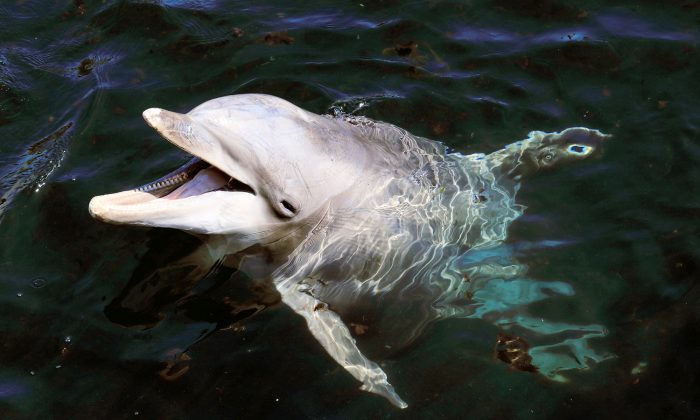 Dog Falls Into Canal and Can’t Get Out, Then These Noisy Dolphins Come to His Rescue

It is really no myth that dolphins are intelligent and compassionate creatures. In fact, a pod of dolphins swimming in the canal on Marco Island, Florida, proved beyond any shadow of a doubt just how compassionate they can be.

The dolphins came across a drowning dog, an 11-year-old Doberman Pinscher named Turbo belonging to local resident Cindy Burnett. Turbo had escaped on a Sunday night after his gate was left open; when the dolphins found him, Turbo had been missing for 15 hours.

“I searched and searched and called his name,” Burnett told NBC 2. “I drove through this street at least five or six times.” Nobody knew that the dog had fallen into the canal. That is until the dolphins realized that Turbo wasn’t going to be able to save himself. They started a persistent chorus of splashing, alerting neighbors a half-mile away to the poor dog’s whereabouts.

The neighbors, Mr. and Mrs. D’Alessandro, from Pennsylvania, who were on vacation, according to Tree Hugger, heard the dolphins’ cacophony as they were on their way to go fishing. “We saw these two dolphins,” they said, “and they were splashing and making this big commotion.”

As a curious Audrey D’Alessandro approached the canal to investigate, she noticed the exhausted Doberman. He was too tired from treading water to bark for himself and the canal wall was too high for him to climb out.

A shocked Audrey alerted the authorities, and it wasn’t long before firefighters rushed to the dog’s aid. They pulled him out of the water, to Burnett’s extreme relief, and not a moment too soon. “He was shivering and in a lot of distress,” Burnett said, adding a sobering thought: “If he’d had to tread water all night long, I know he wouldn’t have been able to.”

Besides being thoroughly worn out, however, the brave and determined dog was doing just fine.

Turbo, who was “77-years-old in doggy years,” said WPTV, had kept himself afloat for 15 hours without respite. He hadn’t even had any water to drink, as the Marco Island canal is saltwater, and drinking it would only have dehydrated the thirsty dog even further. Unable to alert his desperate owner or the helpful neighbors himself, Turbo truly owed his recovery to the amazing compassion and ingenuity of a pod of friendly Floridian dolphins!

It is a heartwarming fact that dolphins are very predisposed to helping vulnerable others. There is a huge amount of anecdotal evidence; even marine biologists agree.

Dr. Rochelle Constantine from the Auckland University School of Biological Science spoke to One Green Planet about this very subject. “Dolphins are known for helping helpless things,” she shared. “It is an altruistic response, and bottlenose dolphins in particular are known for it.”

Turbo, one lucky dog who can definitely attest to the helpful nature of Florida’s dolphin community, was reunited with his family and sister Porche shortly after his ordeal. But he probably won’t be going back toward the canal any time soon, unless it’s to say “hi” to his dolphin buddies, of course.