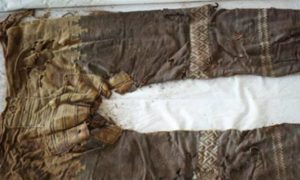 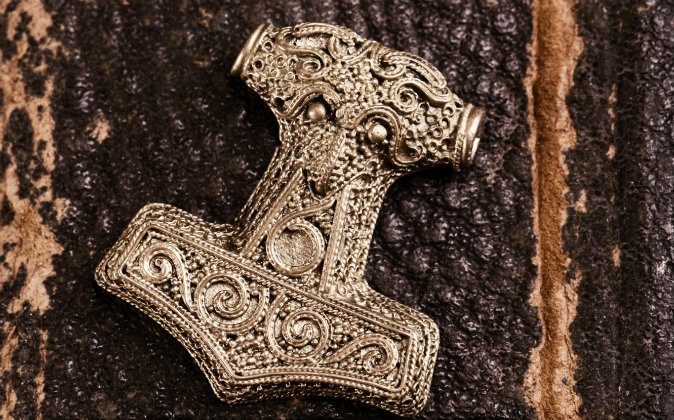 The discovery of a 10th century Viking artifact resembling the Hammer of Thor has solved a long-running mystery surrounding more than 1,000 ancient amulets found across Northern Europe, according to a report in Discovery News.

The relics, known as the Mjöllnir amulets, appear to depict hammers, which historians have linked to the Norse god Thor. However, this could not be concluded with certainty as their shapes are not conclusive, and none of them contained inscriptions revealing their identity.

However, another similar pendant has been found in Købelev, on the Danish island of Lolland, which is the first one to be discovered with an inscription. The runic text reads “Hmar x is”, which translates to “this is a hammer”.  Cast in bronze, and likely plated with silver, tin and gold, the 1,100-year-old pendant shows that Thor’s myth deeply influenced Viking jewellery.

“This is the only hammer-shaped pendant with a runic inscription. And it tells us that (the pendants) in fact depict hammers,” Henrik Schilling, a spokeperson at the National Museum of Denmark, told Discovery News.

According to Norse mythology, Thor is a hammer-wielding god associated with thunder, lightning, storms, oak trees, strength, the protection of mankind, and also hallowing, healing and fertility. Thor is a prominently mentioned god throughout the recorded history of the Germanic peoples, from the Roman occupation of regions of Germania, to the tribal expansions of the Migration Period, to his high popularity during the Viking Age, when, in the face of the process of the Christianization of Scandinavia, the Mjölnir amulets were worn in defiance and Norse pagan personal names containing the name of the god bear witness to his popularity.

Featuring an interlacing ornament on one side of the hammer head and the short runic inscription on the other, the newly discovered Mjöllnir amulet is believed to have been made by a local craftsmen. Fragments of silver needles and a mould for making pendants indicate that the jewellery was produced in a silversmith’s workshop on Lolland island.

*Image of Thor’s Hammer via Shutterstock