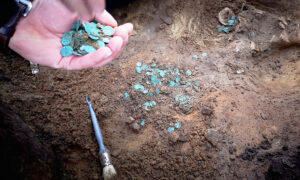 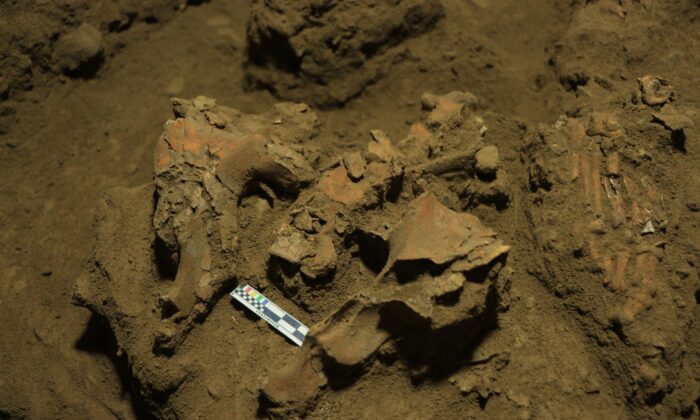 The ancient remains of a hunter-gatherer girl who died over 7,000 years ago in Indonesia, has revealed clues to a mysterious group of humans from the past.

The discovery, made in 2015, in the Leang Panninge cave on Indonesia’s Sulawesi Island is the first discovery of ancient human DNA in the region, known as Wallacea.

In a study published on Wednesday, Griffith University archaeology professor and study co-author Adam Brumm, said the girl, nicknamed Bessé,’ belonged to a mysterious group of modern humans from the Holocene era who archaeologists have named the Toaleans.

It is the first time an intact skeleton of the Toalean people had been found.

“We’ve got ancient DNA from the bones of this woman, but we could only reconstruct about 2 percent of her complete genome,” Brumm told the ABC. “So that’s how degraded it was and it took a lot of work to get even that.”

Through DNA analysis, archaeologists have confirmed a theory that the Toaleans were related to the first humans who lived in Wallacea around 65,000 years ago, and could also tie the girl to the Aboriginal Australians and Papuans.

Half of Bessé’s genome is shared with present-day Aboriginals, Papuans, and Western Pacific Islander peoples. She was also partly related to the older human ancestors the Denisovans, whose remains have been found in Tibet and Siberia.

Further analysis found that Bessé’ also had strong genetic ties to an ancient Asian group of people who did not mingle with the ancestors of Aboriginals and Papuans.

“A really unexpected discovery is that within the DNA of this ancient woman, we found ancestry from a very ancient Asian population,” Brumm said. “We don’t know quite who they were.”

Prof. Akin Duli from the University of Hasanuddin said this meant the population and genetic history of early humans in the region were more complex than previously thought.

“It is unlikely we will know much about the identity of these early ancestors of the Toaleans until more ancient human DNA samples are available from Wallacea,” Duli said.

However, finding more preserved remains, like Bessé’s, is extremely difficult given the tropical, humid weather of the region.

Just two other DNA samples have been found in the whole region and they come from Laos and Malaysia.

Bessé’ has no relation to the present-day people of Sulawesi, which is unsurprising given they are known to be largely descended from people who came from the Taiwanese region 3,500 years ago.

The Toaleans have been a century-old archaeological mystery since the discovery of unique, finely crafted arrowheads in several southern Sulawesi caves in 1902.