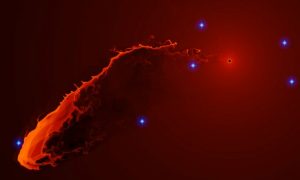 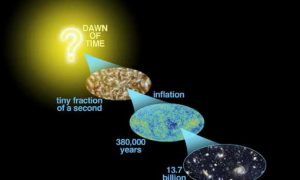 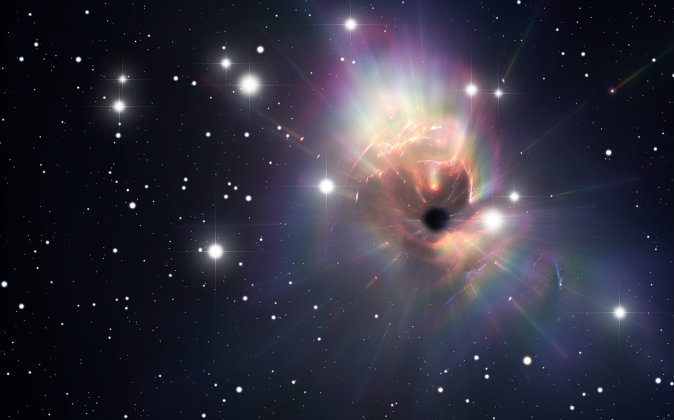 Did a Black Hole Give Birth to the Universe? What Came Before the Big Bang?

At the heart of a black hole may be a portal to another universe. This other universe may be the source of the matter and force that spawned our universe through the Big Bang.

Albert Einstein predicted that at the center of black holes are space-time singularities. A singularity is one of the most mysterious entities to tantalize physicists. It’s so small it’s unfathomable, yet it’s mass is so great it’s unfathomable.

Scientists don’t know what it is, but they know it’s something, and that something could be the key to the origin of the known universe. According to the Big Bang theory, the universe began with a singularity. Some physicists have reconciled the black hole singularities with the Big Bang singularity.

Wormholes to Other Universes?

An artist’s rendering of a wormhole. (Shutterstock)

Indiana University physicist Nikodem Poplawski suggests that what Einstein predicted to be space-time singularities at the center of black holes are actually wormholes to other universes. Poplawski published a paper in the journal Physics Letters B in 2010 outlining his theory.

Damien Easson, a theoretical physicist at Arizona State University, had previously hypothesized that the known universe may have been born out of a black hole, but, he told National Geographic, Poplawski took it a step further by suggesting a wormhole may have been the means.

Another theory holds that the universe was created when a four-dimensional star collapsed into a black hole. Niayesh Afshordi, an astrophysicist at the Perimeter Institute for Theoretical Physics in Waterloo, Canada, and his colleagues submitted a paper last year outlining this theory.

Was the Big Bang the Explosion of a 4-D Star?

An artist’s rendering of an exploding star. (Shutterstock)

4-D stars in another universe could collapse, forming 4-D black holes, Afshordi said. An event horizon is understood as a sort of point-of-no-return that surrounds a black hole. Once an object crosses it, we’re not really sure what happens, but it doesn’t ever seem to come back—at least not in a recognizable form.

If these theories are correct, what does that imply for the black holes in our universe? Do each of them—and in recent decades we’ve found black holes to be quite numerous—provide a portal to another universe?