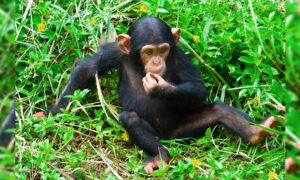 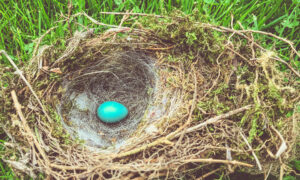 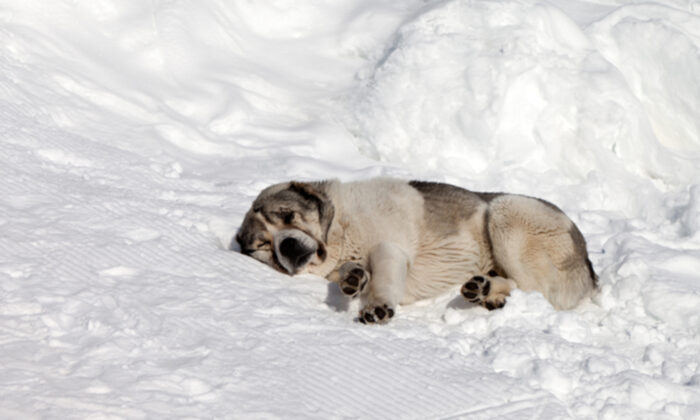 When a New York state sheriff’s deputy received a call telling him that a dog had been hit by a car, the deputy did more than call animal control; his kindly treatment of the injured pup, which was photographed and posted on social media, is warming the hearts of thousands.

The touching photo of Chautauqua County sergeant Chris Howlett was snapped as he comforted the dog by the side of the snowy road. Howlett covered the shocked, injured pup with his own jacket and waited beside her, soothing her with gentle strokes to the head while help was called for.

On Dec. 20, 2019, the Chautauqua County Sheriff’s Department took to Facebook to share their photo. “During times that there seems to be negative press towards law enforcement, this shows a bit of compassion on the part of law enforcement and specifically our deputies,” they wrote.

“Sgt. Chris Howlett seen comforting a dog that had been struck by a vehicle,” the department continued. “She was reunited with her owners who are monitoring her condition. She sustained minor injuries but is expected to be okay.”

Before long, the department posted an update on the dog’s condition for the hundreds of followers who had expressed concern for her well-being. “The family has reached out to provide an update,” they began. “Her name is Rogue and she is being evaluated by veterinarians.”

“She is doing well and hopefully [will be] back home by Monday,” the department assured their followers, adding, “I am sure the family has greatly appreciated the outpouring of support from everyone.”

According to WKBW, Rogue was reunited with her owners shortly after her frightening ordeal, was expected to make a full recovery, and made it home in time for Christmas.

In response to the original photo and story that made Howlett a local hero, comments flooded social media. “This is wonderful and heart wrenching at the same time,” one person wrote. “We are so thankful for our law enforcement.”

“A beautiful story,” added another. “Shows the true heart of this officer! Thank you to Sgt. Howlett for his service and kindness!”

“Thank you guys (and gals) for all you do,” wrote one local resident. “I have lived in Chautauqua County for three years now and find your department to be beyond reproach personally, professionally, and ethically. Thank you.”

It is not the first time a law enforcement officer has been lauded for comforting an injured animal. Exactly one year before Howlett’s act of kindness went viral, Florida deputy Joshua Fiorelli was snapped comforting another injured dog as she lay on a grass verge, covered in the policeman’s own jacket.

According to the Daily Mail, the pair waited together for help to arrive after the dog was hit by a car. Neighbor Carlos Irizzy was walking his own dog along the drive in Kissimmee when he noticed Fiorelli’s kindness toward the traumatized animal, took a photo, and shared it online.

“This is something you don’t see every day,” Irizzy later told WFTV.

“It was cold out. She was wet,” Fiorelli explained. “She didn’t have anyone there so I dedicated to be that person. I know a lot of dogs become defensive when they get hurt. She was not defensive at all.”

After animal control arrived on the scene, the injured pup was taken to Osceola County Animal Shelter for treatment. Her owner was located, even though the dog was not fitted with a microchip, and she was expected to make a full recovery after surgery.

Fiorelli, much like Howlett, was praised online for his “care and compassion.” Both men, in showing care and doing the right thing by two injured animals, are shining examples of law enforcement at its finest.