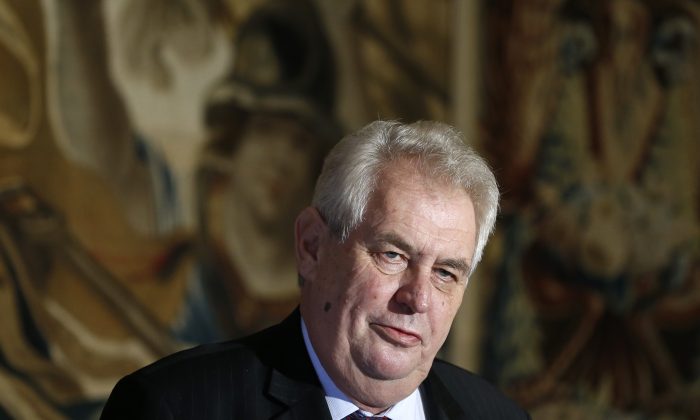 The Czech president Milos Zeman, known for his anti-immigration stance, says that integrating Muslims into European society is “practically impossible.”

“The experience of western European countries which have ghettos and excluded localities shows that the integration of the Muslim community is practically impossible,” Zeman said in a televised interview.

“Let them have their culture in their countries and not take it to Europe, otherwise it will end up like Cologne,” he added, referring to the hundreds of reported sexual assaults by migrants in the German city on New Year’s Eve. The first refugee was arrested in the case on Monday.

Zaman, 71, said that some “similar” cultures are able to integrate into European society, using the Vietnamese and Ukrainian communities in Czech as an example, reported the Guardian.

Earlier this month, Zeman claimed the influx of refugees into Europe was masterminded by Egypt’s Muslim brotherhood, which uses money from several states to finance it in a bid to ‘gradually control Europe,'” noted the Daily Mail.

And he said later last year that adult migrants are “hiding behind the children.”

“They [children] serve as human shields for guys with iPhones to justify the wave of migrants,” he said. “They bring the children over in rubber dingys, knowing they might drown.”

At another point, he said the huge ride in refugee numbers “an organized invasion,” and said that adult men should take up arms against ISIS instead of fleeing Syria, Iraq, and other countries to go to Europe and elsewhere.