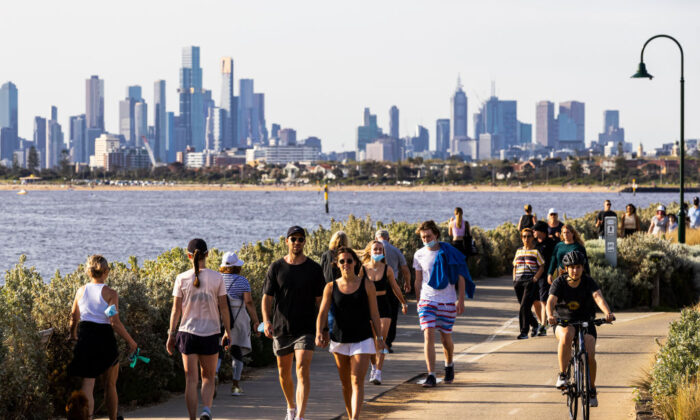 Australia’s consumer confidence has lifted ahead of Black Friday weekend as vaccination rates rise and restrictions around the nation continue to ease.

Victoria led the rise, with confidence increasing by 4.9 percent, followed by 2 percent in Western Australia, and 1.7 percent in Queensland. Meanwhile, confidence in New South Wales and South Australia dropped.

The boost to consumer confidence before the Black Friday and Cyber Monday period bodes well for business owners, as shoppers are expected to spend $5.4 billion.

“This indicator can be volatile from week to week, so we are cautious about overreacting to one survey reading,” ANZ head of Australian economics David Plank said. “If the fall in inflation expectations is sustained, however, it may be an important signal for wages growth.”

While inflation expectations dropped last week, it reached its highest level in seven years in November, at 4.9 percent, which is 1.5 percentage points higher than the same time last year.

These expectations were over 0.5 percent higher in country areas compared to capital cities.

“Inflation expectations are now at their highest for seven years since November 2014, and there is every reason to expect the measure will continue to increase over the next few months as energy prices remain elevated and there are continuing issues with supply chains worldwide,” Roy Morgan CEO Michele Levine said. “One of the most visible signs of inflationary pressures is the price of petrol at the pump.”

The Australian Institute of Petroleum revealed that the national average price for unleaded petrol last week grew 1.6 cents to 166.2 cents a litre.

Meanwhile, business confidence has begun to recover after dropping sharply over the quarter, but rising material costs and staff shortages continue to restrict the outlook.

Prime Minister Scott Morrison told parliament that he was confident about the future of Australia’s economy out of COVID-19.

“But I am not naive to the threats that are present in the global economy, and indeed we are confronting here in Australia, and I know we have to work hard to secure this economic recovery,” he said.