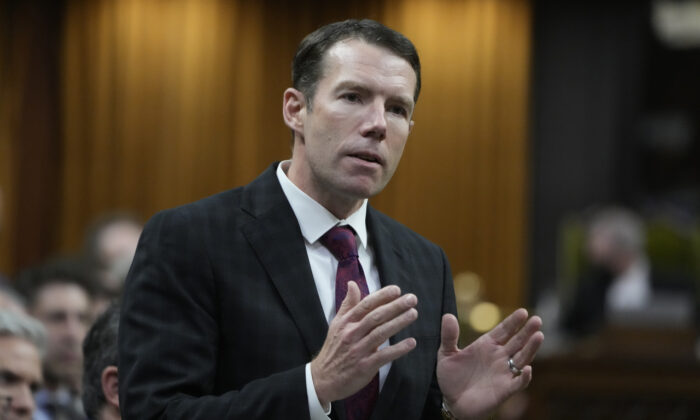 In a letter to federal Environment Minister Steven Guilbeault on Aug. 22, the Saskatchewan government said it wants an explanation from Ottawa after federal employees allegedly took water samples from farmers’ lands without permission.

Barlow said farmers are already stressed about Ottawa’s move to reduce fertilizer emissions and the relationship between the federal government and farmers is “strained as is.”

The alleged trespassing is “a clear sign that the federal and Liberal government don’t trust farmers or the provincial government to do the job they always do, which is protecting water,” Barlow told The Epoch Times on Aug. 24.

Environment and Climate Change Canada (ECCC) has said it’s investigating the incidents. The agency confirmed in a statement that water scientists were approached by a landowner who notified them they were on private land as they took samples near a highway in Pense, Sask. on August 11.

“ECCC is also looking into the other two locations, though have found no record of them so far,” said the Aug. 22 statement.

An ECCC spokesperson said staff has been collecting samples in water bodies at targeted sites across the country for Health Canada this year, and that no nitrates or other nutrients are being sampled in the collection.

In his letter to Guilbeault, Jeremy Cockrill, the minister responsible for the province’s Water Security Agency, said federal employees told one producer who approached them for trespassing that they were testing pesticide residue and nitrates. The minister reminded Ottawa that general water quality management falls under provincial jurisdiction.

Cockrill also warned Guilbeault that staff sent by Ottawa could be prosecuted or arrested if they don’t seek permission to access private property.

In July 2019, PEI farmer Alex Docherty was found not guilty after the judge ruled fisheries officials failed to get a search warrant before entering his property following a fish kill on the Clyde River in July 2016.

Docherty was being charged under the federal Fisheries Act for allowing pesticides to enter the river. While his lawyers intended to argue the pesticides entered the river because of heavy rain, not farming practices, the federal prosecutor conceded his case was lost after the judge’s search warrant ruling.

Barlow says the Docherty case sets a precedent, and that farmers should be able to escort ECCC staff on their property and take them where they need to go. The latest incident shows the “audacity” and the “mistrust” that Environment officials have for farmers, he added.

“There’s no reason for environment staff to be trespassing on farmers’ land without at least having permission from the landowner,” Barlow said.

The Alberta MP also said he’s received calls from farmers across the country who are anxious about further federal interference. He’s drafting a letter to Guilbeault asking the federal minister to explain what happened and whether federal officials have been trespassing on farmlands in other provinces, he said.